Excerpt from Oscar of Between, Part 5

A grey and drizzle Vancouver 2008 Sunday. Oscar unable to focus. A week ago. Flew her son back. To his other mother’s home. Damp and dank of sadness — Oscar closed in by it — while simultaneously closed out of intimacy with her son.

Sadness: disenchantment with words then camouflaged with other words?

Oscar recalling her lines from What Holds Us Here —

and whether story entertains,
claims, blames or explains
its instinct the same:

to keep sadness at bay

London and Devon. The dwellings Oscar stayed in built in the 17th, 16th and 11th centuries. Everything infused with craftsmen skills, bodies, time contrasted to machines, chips.

Upon returning to Vancouver its buildings seem flimsy in contrast. When Oscar mentions this, her Turkish friend Alev replies: “Yes! So noncommittal.”

The impact. Implications of.

Oscar. Between. At ease with a wide variety of people yet feels a despair too for loyalty then uncertain. Oscar, close to many yet a loner. Never adept as simulating those she was born into. Knew. At a young age. That. She would have to. Leave. Them.

Would ride her horse down to the river two miles away. Sit on her favourite rock. Whisper: “The river goes somewhere where people are more like me.”

Who those people were? She didn’t have a clue.

Oscar, plucking out stitching of stories sewn silent over decades. 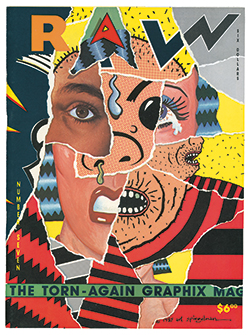 Last month in Mexico: collision of times. Oscar still recovering from. Holiday with two high school friends Oscar had not had communication with for decades. They, having kept in touch, tracked her down on the internet: urged her to join them. Trepidation. Oscar’s life so off the map, often incomprehensible even to those close to her.

Oscar sitting at the breakfast table with Penny and Margaret — Margaret asking Oscar what she’s working on now — Oscar quickly sketching out “Oscar of Between” and her person of between narrative position.

Oscar describing how persons of between appear to have little or nothing in common yet once they notice a betweenness, they recognize one another.

Usually not one to expose her interiority, something hits home in Margaret: “That’s interesting.” 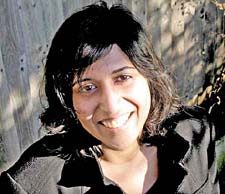 Don’t make me reach for you
with the anxiety of a first time traveller,
in the spirit of a truant, unable to love.
Now that the sparkle has gone, this poem remains
sleepily in my mind, breaking into snippets.
I’m lost in this twilight unlike you unwinding
our threads, mending holes in warm pockets of air
or magic. So much was up your sleeve; the birth of books,
musing on whether a rhyme equals hard work
and the art of disappearing. A sleight of hand and I am left
under a spell, with some minutes not yet uncoiled,
making you more precious. These hours are written
while the air is thick with thinking errors. A fleeting chill;
a moth dashes across my eyes, back and forth.

A moth dashes across my eyes back and forth
while the air is thick with thinking errors — a fleeting chill
making you more precious. These hours are written
under a spell, with some minutes not yet uncoiled,
and the art of disappearing; a sleight of hand. And I’m left
musing on whether a rhyme equals hard work
or magic? So much was up your sleeve: the birth of books
our threads mending holes in warm pockets of air.
I’m lost in this twilight, unlike you, unwinding
sleepily in my mind, breaking into snippets.
Now that the sparkle has gone this poem remains
in the spirit of a truant. Unable to love,
with the anxiety of a first time traveller,
don’t make me reach for you.

The river goes somewhere where people are more like you

Yesterday you heard on the radio how the Burmese censors
wanted “You” to be cut from a song lyric. The bemused artist
wanted to know why she couldn’t sing the pronoun “You.”
The censors offered “honey” or “baby” as viable solutions.
The artist refused, changing nothing.

The vibrancy of “You” single and plural is forever shifting
in the mind of the artist living with countless attempts
to silence herself internally and externally. You are not
like that, standing in your uncensored kitchen, spreading
uncensored jam on your baby’s toast.

And today, playing with once was,
I have elasticised that glance,
stretched it past minutes,
and now a day or two passes
before we look away.

Later, I shall isolate
the area where your hand
swept my back. Scan
the friction under skin,
magnify the blood cells.

How brief, how soft, that
kiss. Tonight I shall freeze-frame
its contents: half a beat of
intention, a fraction of need
and a slither of desire.