From Oscar of Between, Part 31B Excerpt

October 2013. Oscar in Vancouver at the reception before the Virginia Woolf Conference banquet. Oscar nervous “in the extreme” (Orlando). As Oscar walks into the hotel convention lobby, she spots Miranda and Sharon (who’s also reading) huddled together by Helen, the conference chair. Helen offers to buy them a drink. Oscar confesses she’s socially inept in these situations, to which Miranda and Sharon confess similar feelings.

Oscar, who never socializes, eats nor drinks before a reading is doing all three. Hopes for the best for her reading is at least an hour and a half away.

Prior to the first course, Sharon reads from her book Pair of Scissors. The audience is astute and responsive to Sharon’s witty riff on Mrs. Dalloway. Oscar relaxes. Some.

Salad, animated conversation with Miranda and Sharon, then entree. Finally, plates are cleared. Liquids topped up. It’s time. Helen’s intro. Miranda’s intro: Oscar now at the mic. Begins reading her Orlando and Oscar alternating excerpts. Feels the room cohere, being in it together. Deep concentration punctuated by laughter at the humorous bits. When the banquet is over, Helen says to Oscar: “You could have heard a pin drop, even on this carpet!”

With the academy, and in her schooling prior, Oscar kept herself at arm’s length. Found the pursuit of knowledge in those halls was predictably routinized, defensively territorial, sorely lacking in authentic inquiry. In recent years, corporatization intensifying the academy’s commodity approach. Oscar relishing the freedom of inquiry, surprising confluences between her excerpts, her guests’ posted work and readers’ comments in her online salon.

In this month’s salon, Oscar posted an excerpt that included her reunion with her high school friends Margaret and Penny in Mexico two years ago. The similarities between their lives are few, yet something connects them beyond high school memories. On their second day Oscar realizes what it is. Directness. A characteristic in Midwest women that was non-existent then, and likely still is now.

Although Penny’s and Margaret’s lives are more conventional than Oscar’s, neither is traditional. On the third morning, as Oscar comes down the stairs for breakfast, Margaret determinedly steps out from the study and stands at the landing: “What happened? I’ve just finished reading Bloodroot and you didn’t say what happened after you went back for more tests about your breast.”

Time stalls above them with no place to light.

Oscar’s been debating how to tell them but suddenly there’s no more debating. It’s now.

Instinctively, she takes Margaret’s hands in hers and places them firmly where her breasts used to be.

Then replies with conviction. “I’ve already thought about it. If I ever have breast cancer, I’m going to do the same thing.”

Then. They erupt. Into laughter about the bizarre exchange they’ve just had. 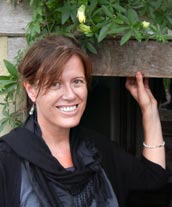 Is it possible
to speak of a past that continues to blow through us? 1
Her pen remembers the hay bales back home,
their neat folded rolls, like strudel.
The open fields of Sussex and Kent. How the past
is a place best viewed from above.2 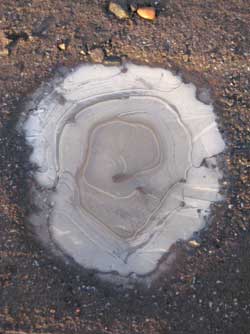 Thinking Bloomsbury, Woolf, Canada. Between-ity. Together Adam and I look at the photo album, his childhood’s pictures: visiting Hever Castle, picnicing by the lake. That’s us watching the deer at Knole Park. After the hurricane of 1989, my mother said she’d noticed more deer in her garden and thought they had migrated over from Knole Park, seven miles away.

We were watching a group of deer,
grey and brown, poised, some pulling at the dry grass.
The dream unfolded slowly, a rare gift.
Our arms outstretched we
traced the animal’s leaf-shaped ears,
my fingers long, yours small, pink.3

This poem was written in Banff, Alberta (not Banff, Scotland). I was surrounded by the Rockies, apart from my son, miles from Knole. 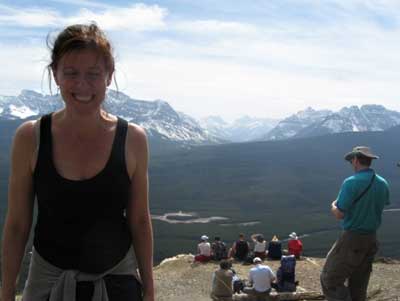 In Canada we climb mountains. In England we visit antique shops, museums and National Trust Castles. Join the coach tours to view the roped-off houses of the rich, admire the heaped cultural wealth looted from around the world.

Flock vines climb the walls. She wonders
if she has been greedy, like the British Museum, collected more
than she needed.
Past lovers swarm like military elite, like ground-cover.
Sometimes she’d like to return all the artifacts, all the relics.4

Yet, the beautiful plundered is protected by these walls. We stand in the fast flowing river of violence and beauty … later we watch the BBC evening news, bewildered by the summer riots, kids smashing shop windows, running off with Nike shoes and TVs. Double-ness indeed.

1965—77, birthday parties we played hide-and seek in the corridors of Knole. The five Sackville-West sisters with their dark glossy hair, they would never own this gloomy pile – it went to a distant male cousin. Perhaps that would give them a freedom—if “what you hold, holds you.”5 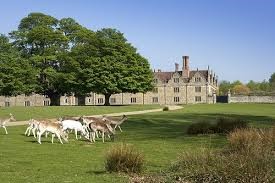 As a teen growing up in Kent, I lay in the long grass of Knole Park, the tawny, spotted deer wandering by.

A deer’s stately walk into the screen of trees.6

“The heaviness, the excessive conscious beauty, Vita stalking down the corridors like a tall sailing-ship. All the centuries were lined up at Knole, and so we reach the days of Elizabeth quite easily.”7

Was I thinking of Knole in the poem “Property”?

… death and sex, that old conjoinment,
its pretty tapestry: the dog with the pheasant in its mouth,
the woman in herself alone, her gold dress fettering her limbs …
If only I had been a man, all this would not matter so much;
the head doing the job the heart was raised to do.
Here I am no one, which is how it should be.8

Certainly it is Vita’s house Sissinghurst in “The Empress”:

—the white iris bulbs she brought over,
wrapped in muslin, struggled to replant—
pathetic, trying to re-create Sissinghurst
on a six-foot square balcony.9

“for now a thousand hints and mysteries became plain to her that then were dark.”10 Virginia’s last walk across the wheat fields near Monk’s house, and on, into the flat, banal river.

Let me tell you
not of water’s dark closing
but about return. How nothing’s lost.
The leash of place
pulling at us
then letting loose, again.11 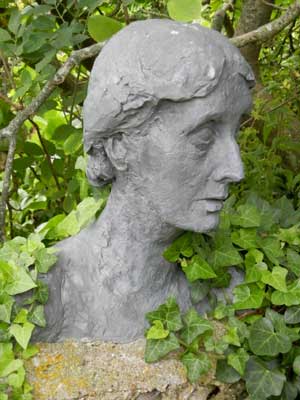 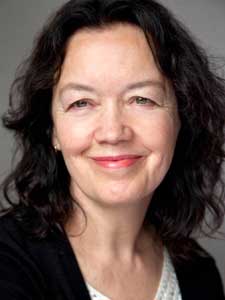 In the conference that Oscar attends they speak of the common wealth; that haunt of Virginia. Oscar speaks of a wealth that belongs to all of us but is far from common. Even as she stands outside the door of our shared experience, she cradles in her hands the thing we most want. Moments of love and consciousness and generosity are nestled in the folds and crevices of the sphere she carries. In her ability, like Orlando, to leap across the chasm between now and then she offers something that may be common to us all; something like flight. It is for this reason that I read Oscar Salon.

My work as Director of the Carnegie Centre in the Downtown Eastside is a passion. It competes with my close to finished novel for priority. In my work and my life I am surrounded by painters, singers, artists and musicians. All very human beings like myself.