Behind the Scenes of Oscar’s Salon

Oscar’s Salon would have simply not been possible, not been nearly as well put together, nor would the word about it have gotten out nearly as well to you without Oscar’s Team.

Each of them has been exceptional in terms of their skills, ideas, reliability, enthusiasm and patience.

It’s been a lot of work over the past four and a half years. And, happily, with this team, a lot of fun.

Zsuzsi, John, Marial, Eleni, Lindsay and Carleigh: I bow to you each with gratitude. 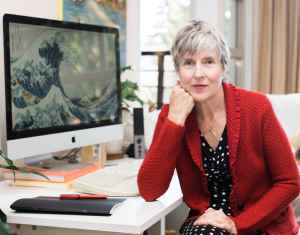 I savoured every minute of living inside Betsy’s writing – held in the deft balance of its rigorous detachment and tender vulnerability. I never quite knew where a story was going, nor when I would be jolted by a flash of devastating cultural commentary. Most remarkable, though, was how I found my own secret self in Oscar’s stories – how Betsy seemed to name my darkest places – even though Oscar and I are so different in the surface details of our lives. I have simply loved getting to know Oscar’s
world.

Profile: I’m a writer, creativity coach and book mentor. I live for stories. 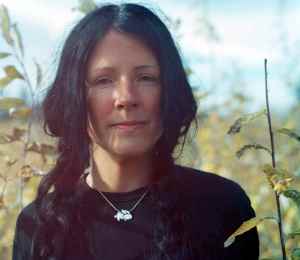 I was Betsy’s first social media manager, and so stoked that she, like I, acknowledged the important role that online engagement can play in creative communities. These days you don’t have to work very hard to convince people of this, but Betsy, as always, was ahead of her time. And Oscar already had a thriving community when I joined the team, but my job was to get the word out there about upcoming posts, as well as sharing news about writing events, and writing in general.

I had thought of myself as kind of a behind the scenes person, so when Betsy invited me to join in on the Oscar conversations, I was a little nervous. After all, I was a very new writer, I don’t you could even call me “emerging” yet, more like “novice.” But these fears were unfounded, as the warmth and inclusivity of the conversations drew me in and got me thinking critically about identity in a way that continues to inspire me to this day.

Thanks, Betsy! And thanks to everyone on the team and all the authors who contributed and commented. 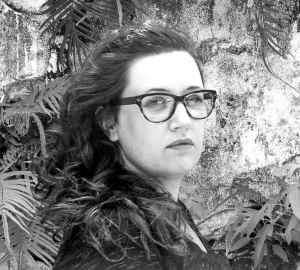 Congratulations to Betsy and to the team on the final installment of this four and a half year project. I came on board as Betsy’s social media manager after one year of the project and was constantly impressed by the caliber of work. Every month, I loved seeing the innovative guest contributions by writers, artists, and composers, juxtaposed with an excerpt of Oscar of Between. In a way, I studied Betsy’s writing more intensely, picking up the nuances and subtleties with this monthly close reading.

I discovered so many new creatives through this project and was faced with the challenge of trying to find ways to engage readers in the digital space. The questions that I pondered in my work with Betsy’s Oscar of Between project inspired my thesis studies at Royal Roads University. At present, I am researching how writers are adapting their creative labour to social media in this era of media convergence through a participatory arts-based method. Thinking back now, I think that was the essence of Betsy’s project–Oscar provokes us to think, to question, to react, within these in-between spaces. Now as an archive, I hope the project continues to do so. 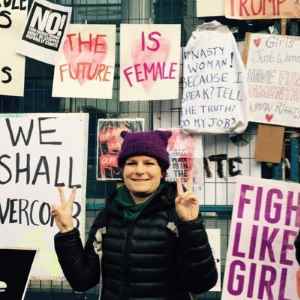 When I finally got to it, and went back to the very first Salon, I saw that it dated back to 2012. Four and a half years of Oscar’s Salon! Of course, as Betsy’s social media manager and blog writer, I’d come across the date before. I’d even written about it in various posts. But clicking through month after month of excerpts from Betsy’s multi-genre memoir in conversation with writers, artists and readers, the magnitude of this endeavour struck me in a much more visceral way.

As I began to compile that list, my sense of amazement grew. The artists, writers and readers who have contributed over the years kept distracting me, some because of their national or international renown, and others because they are local and I see them at literary events and workshops around Vancouver. I realized then what a wonderful community Oscar has created. 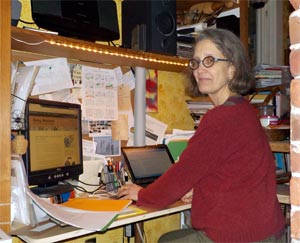 I loved the technical challenge of implementing Oscar’s Salon. Often a writer’s or artist’s work does not lend itself to “stuffing” into the digital format of multiple screen sizes
– desktop, tablet, mobile. Take for example text formatting – any alignment other than right, left, or center requires special coding. Same goes for handling irregular word and line spacing. In a few cases, images had to be made of the words in order to display them as the writer intended at all the screen sizes.

It was a pleasure to meet and interact with the guests and get a small glimpse into the writerly world. Every month I made sure all the pieces of the Oscar excerpt came together on time from tracking down an image copyright reference, to helping a featured reader upload their image, to wrestling with the technology so that a Guest Writer’s or Artist’s vision could be implemented.  Thank you Betsy and the team for all the fun and support in producing Oscar Salon. 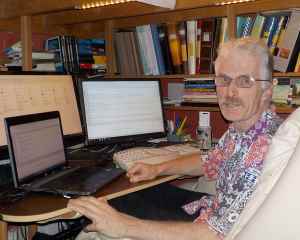 Curious monthly journeys down paths I would not usually consider has been my Oscar job for the last four and a half years. My part in this was to help deliver the stories – which involved some formatting and coding and image hunting for Betsy’s Web site, after the writing was done. Eleni wrote above about the magnitude (fifty guest writers and artists! forty one featured readers!) but I never noticed, I guess because it has been fun. We even got to write one of the monthly posts when Betsy was off on holidays. Thanks Betsy.