From Oscar of Between, Part 36A Excerpt

Oscar. At ease in her over-stuffed easy chair purchased in a Toronto used furniture store on The Danforth after immigrating from U.S. forty years ago. Now, in her already beloved new 4th floor apartment nest, Oscar gazes at her writing pad’s blank page, then at hemlock, cedar, fir and sequoia at the foot of her street, then at signature flights of an Anna’s hummingbird; great blue heron; crow. Plum tree just below extravagantly in bloom for weeks and weeks.

It has been a very long time since. Just now these white walls arc to Nicole’s The Aerial Letter that Oscar inhaled in 1988. She goes to the shelf with Nicole’s books on it. Pulls The Aerial Letter off. Opens it and finds the quote so effortlessly it’s as if she had read it yesterday:

“To write, for a lesbian, is to learn how to take down the patriarchal posters
in her room … to live with bare walls.”

“He says, narrative is the aftermath of violent events. It is a means of reconciling yourself with the past.”

All forms of combustion create residue; refuse. The question of the matter being whether to re-purpose? Burn, bury? Dump on the defenseless?

Gender. What we access, what we don’t; what we pay attention to, what we don’t; what we value, what we don’t. As does race as does class as does sexual preference as does _______as does_______. If one of these identities happens to be the antithesis of who you know yourself to be, or who you would much rather be, the solution most often is to strive to become the other. This solution usually requires various kinds of deception to “pass” undetected.

Camouflage, simply said, is the act of deceiving in order to do harm. Or, in order to escape harm.

In a recent documentary on transgender and gender reassignment, a male sociologist points out that when we first encounter one another, we must immediately establish which gender each other is for this determines how we speak, what we talk (and do not talk) about and what the acceptable body proximity and body language are. If a person’s gender is indeterminate, we are at a complete loss. “Paralyzed.”

Panhandlers are the exception. Their acuity for identifying the gender is flawless. Is this because, as outsiders, they can ill-afford to offend? Or, because they see the posturing and camouflage of people with income is just that?

More and more transgender people are choosing gender reassignment via hormone injections and various types of surgery. It’s a relief, often a joyful experience to become the gender one has always felt oneself to be. Mismatched gender can feel like imposed camouflage yet reassignment—in heterosexual society eyes— is often viewed as deception. It’s a camouflage conundrum either way.

For Oscar, “Not a fitting in. Nor a misfit flaunting out. Even the most aberrant groups garrisons its norm; its not between.” is who Oscar is. It has taken Oscar decades to name her betweenness and relish connecting with vast array of other persons of between. In some older cultures, a person of between plays an important role, possesses a particular kind of wisdom but not so in North America, excepting some indigenous tribes.

Gender reassignment. Transitioning from one category’s set of expectations to another. 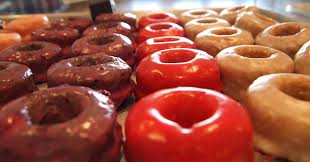 “The loss of position in a white male society is subtle but omnipresent … I was in a corporate meeting and one of the V.P.s said. ‘Who brought the donuts?’ No one had. So the V.P. says, ‘Stephanie, would you mind running out to pick them up?’ It was pouring down rain! … That kind of stuff never happened before I transitioned. It happened all the time after.” The New York Times, March 8, 2015 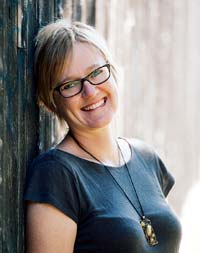 I have dropped my dad off at the eye doctor and am in a café reading Oscar of Between. Always the writing sweeps me into dream-thought, the living I want to in-corporate but, too often, am pulled into the nitty gritty of daily life — the coarse salt sprinkled on my slippery front steps so no one will slip.

From Oscar, “to write (for a lesbian) is to learn how to take down the patriarchal posters in her room…” resonates.

I understand the tearing down of patriarchal posters, though I am hetero-married and in so traditional a role — from outward appearance (stay-at-home mom, homeschool mom, dinner cooking wife, etc.) — that sometimes my teeth hurt. Nonetheless, between those outward roles I am also a writer, a thinker and poet and the writing is always a tearing down whatever those posters hold, beyond and including those pervasive patriarchal ideals (with their shiny bald heads). For the most part, I find myself where I am through circumstances, chance and choice.

My ten year old son has special needs that include low muscle tone and delays in speaking; autism and Prader-Willi syndrome. 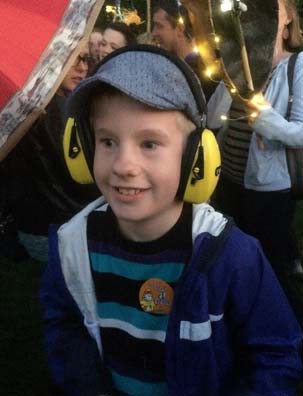 I might even use “typical world” in place of patriarchal to open it up beyond male and female or gender. I might switch back and forth, depending who is at the forefront of my thoughts — women or my son.

I think in terms of “expectation and experience” also “creation and destruction,” themes I explore in my most recent poetry collection As if a Raven.

The canal-centered Cormorant, suspended there,
and just now buoyant on some pogo-like stick —

the black sorrow of it
whose wings have de-evolved to scales.

It is like the nightmare: cells breaking back up,
tissue making air of itself.

The plump stone staying, nonetheless,
and quiet in your belly;

back arching, the weight of stone,
the undoing. It perches:

feathers become nails or scales of flaking
skin and the fowl falls in: cold

that womb of water
cold the old amphibian blood, and thin.
from As if a Raven Palimpsest Press, 2014

To escape harm – my son and I might not leave the house, but the sounds often find us there, leaf blowers up the street pull the skin off my son and we huddle, music playing, sound-cancelling head gear on. We hide in our nest; but our nest is invaded.

My dad said when my son was a baby that his good looks were an asset. His charm, his blue eyes and blonde hair break down barriers his differences might create. This is true even when suddenly in a crowd, over-stimulated, he screams. Of course, people react, but they see the sweet face, and give us room.

Notions of the other –

I have recently completed a travel memoir titled Sugar Ride: Cycling from Hanoi to Kuala Lumpur. In Asia I met the other and I was the other at every drink stand, restaurant and hotel on my way south.

I fear we humans are not as open in our approach to the other as we would like to be. Take Brexit. Take the US election of Donald Trump (though he is entirely other to me and as I say that I recognize in myself close-mindedness to that other), the refugee crisis and the growing violence in the world.

A recent Globe and Mail article explores where fear of the other comes from in white middle-class America: lack of exposure, “White people who live in areas where they’re immersed in longstanding populations of immigrants and minorities – that is big cities – don’t generally tend to vote for the politics of racial intolerance.” Though we were in Asia, and I am not speaking of voting trends, it seems clear that exposure to the other makes the other seem less threatening. To the children who tried to stop us, perhaps we were a rare and scary phenomenon while to the priest we were unique but also familiar to his daily tour buses of visitors. 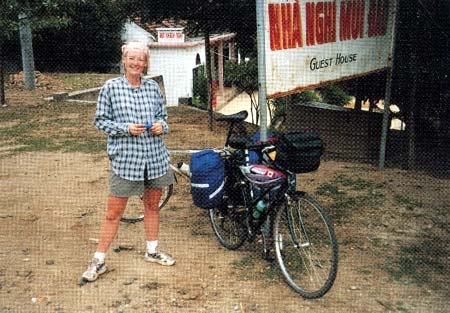 Gender is a stamp or record of who we are and who we are judged to be. My son seems to clearly self-identify as male. Myself, I’m not always sure. When I play “The Game of Life” with my niece she won’t let me be blue.

When reading Virginia Woolf’s Orlando I become panic stricken when he wakes a she. The shift from freedom to objectification; from choice to negotiation for a place. At my dad’s last night I watched a clip of Madonna on the news at the Billboard Woman of the Year event where she said, “I stand before you as a doormat. Oh, I mean, as a female entertainer.”

“Virginia Woolf’s feminism, it should be emphasized, implied the broadening, not the rejection, of the domestic wisdom traditionally cultivated by women.” from Feminism and Art: A Study of Virginia Woolf by Herbert Marder

With something fragile balanced
on my hip, I contemplate
bed wetting and War and Peace.
I consider the abundance of
crumbs since the dog died, The Iliad,
and receive in the mail The Paris Review.
The washer expires off-centre so floods the basement
and my son grasps and grabs at me
wanting something beyond the few words he has,
the gestures literature hints at, the metaphors of Yeats;
wanting more than this January day; bigger than
the philosophy of Plato or Melville’s whale.
Cuneiform to the lines of a Shakespearean sonnet
his desperate need my tired arms.

from You Know the Little Tug, manuscript in progress 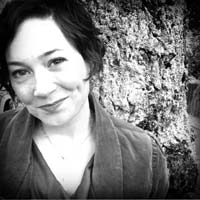 to be part of this discussion of “between-ness”. Writing this way about being of between is something pioneered by Betsy and has culminated in this innovative story. I also read to connect with writers I am connected to and to expand my community.

Aileen is a Victoria-based emerging artist working at intersection of art and environmental science. Her formal training is as a writer and poet under Betsy Warland and Rachel Rose. It is her love of language and nature that informs and inspires her work. She primarily works in encaustic (wax media), sculpture/installation and printmaking. Themes in Aileen’s work centre on loss: loss of species, family, culture and trauma often asking, where do we place our collective grief? Aileen holds a Diploma in Visual Arts (2016) from Camosun College and a Masters of Environmental Studies in Environmental Writing and Art from the York University (2004). From 2004 to 2013, Aileen worked alongside marine scientists and engineers as part of her Communications role with various corporate and non-profit companies. She serves on the Board of Cetus Research & Conservation Society.