From Oscar of Between, Part 34 A Excerpt

It. It’s not what Oscar imagined after Denis confirmed she could stay in his apartment while he was away and she gratefully confirmed. She was about to book her flight when it happened. It had been raining for five days. Then. A rainfall all through the night pelted Ingrid’s peaked ceiling. In the darkest hour before. Oscar realized Ingrid was stirring: “Are you awake?” “Yes.” “It’s such a heavy rain – I think there’s going to be flooding.” At breakfast, Oscar mentioned it again. After returning home and removing her boots, Oscar walked into the living room and set her foot down into wetness. Her apartment was flooded. Within a couple of hours after the restoration team arrived it was evident: her home and office were uninhabitable. Then. Six weeks of endless calls and emails squabbling about who did and paid (or wouldn’t) for what, appointments for assessments, meeting various workmen, retrieving the personal and professional belongings she needed, finding endless procession of places to stay and work during the heaviest workload Oscar had ever had.

Much of the expense not covered by insurance. During another wakeful night she almost decided to give up her Montreal writing retreat time, then realized how deeply she needed it. Next morning she asked her brother-in-law, Hoi Sin, if he would oversee the next phases of the restoration while she was away. Oscar arranged to do a Montreal consult and workshop to cover her flight. On the flight: a sore throat: Would she be able to do the consult? The workshop? She enjoyed both but then crumpled into a bad cold.

Exhale of relief. She had been caught in the crosshairs of over thirty pages of tangled email threads with the six men involved in various aspects of the restoration. Unexplained trade terminology; curt efforts to snag responsibility onto her or one another; bullshitting around their mistakes; not paying attention to what’s been said, decided, nor sequence the work must be done in nor who must okay what. Underneath it, reluctance to commit anything in writing compounded by corruption of language. The insurance adjuster’s trade term “upgrade” (for what in fact was a downgrade) rankles Oscar. “Upgrade” a cover-up: pays for the cheap lino and nylon carpet the developer installed some thirty-eight years before. Oscar. Caught.

Excess of communication = Erosion of comprehension =

Montreal. In the darkest hour Oscar abruptly awakens from just having barged into the washroom with blood smeared on the toilet and floor. Crouched in the corner he is gripping the woman. The male customer, who had gone in first, silently stands in other corner his arms sandwiching his body.

It was a new retail store that had an appealing ambience. A few customers were chatting with the storeowner couple a few minutes before closing. Amicably, the woman volunteered that an acquaintance (a woman physician) had offered to help finance their start-up. Oscar remarked: “Considering the economic environment these days it’s great to hear this kind of support still happens.” The woman excused herself and went into the bathroom. Within a minute, her partner abruptly strode over and pushed open the washroom door. Went in.

Silence – sound of the lock – silence.

Scuffling then her odd groan that signaled he had entered her, then increasing sounds of force and agony – everyone in the store frozen in disbelief – then her aching sobs. That’s when the male customer went in. Silence. Then. Oscar. Went in. Told him: 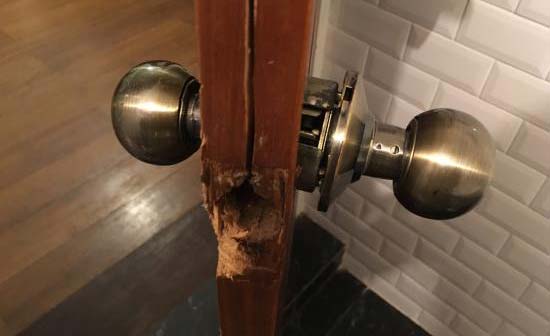 After a long period of upheaval and grief, Oscar’s apartment had been her refuge these past seven years. The roofers improperly installed inadequate downspouts. Oscar had told the property manager, told the downspout installer that diverting the drainage into flowerbed and patio drain would not work. She was ignored. 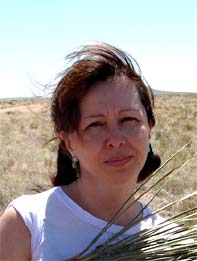 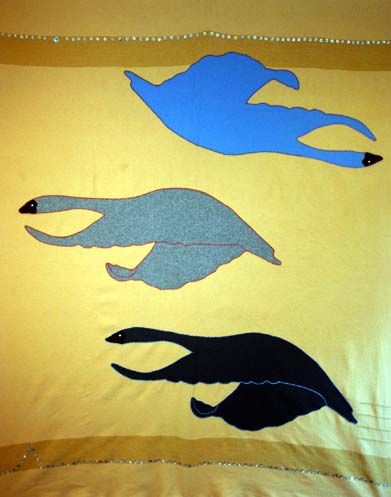 spruce trees, they and their bone shadows,
so tall, so thin
standing, what choice have they? in herds, cracking.

they, whom i recall
are probably gone
now,
their island home
logged.

when we lived together
they’d haunt me
reveal too much
again and again
showing themselves in incredible forms
bending impossibly far
over almost to flat
was it the wind’s voice, or theirs?
groaning in the gale
blowing rain songs, ocean spray murmurs
spiraling trunks
roots grabbing on to bedrock
covered in moss
moss covered in ice
making dirt,
eventually.

vision place
once, only once
not trying,
not fasting
not thinking
i floated up and out of my home
over my backyard forest
flying over choppy waters
trees, like dancers
the way the light cast on purple mountains
in freezing, biting cold, of upper atmospheres
but I felt none of that

i said, ‘where are you?
please help me’
in between viridian trees, the black forest, the nighttime depth
all the animals became visible
deer, bear, fox, elk
shone, with glowing red eyes
their souls
deer looked up from her chewing
bear stopped his walk
fox put up one foot, to glance at me as i floated by
we, understanding
flying, floating, past them, alongside the stone coast
my soul going, over shelikof strait,
sixty foot swells, just another helper
beyond the voice of wind
louder and harder the higher i flew.
over lavender mountains in a freezing wind
like ice water in my mouth, Denali

then, outside of the Earth
someone said, ‘a spirit may find your empty body and take it — or not’
‘know this, before you keep on, going’

i was weak and then, only then, became afraid
there, below, the ocean, my cabin’s tar paper roof
(what? i thought it had shingles!)
my sleeping body, still like a corpse
I fell hard into my sleeping self

after all of these years
my sleeping self 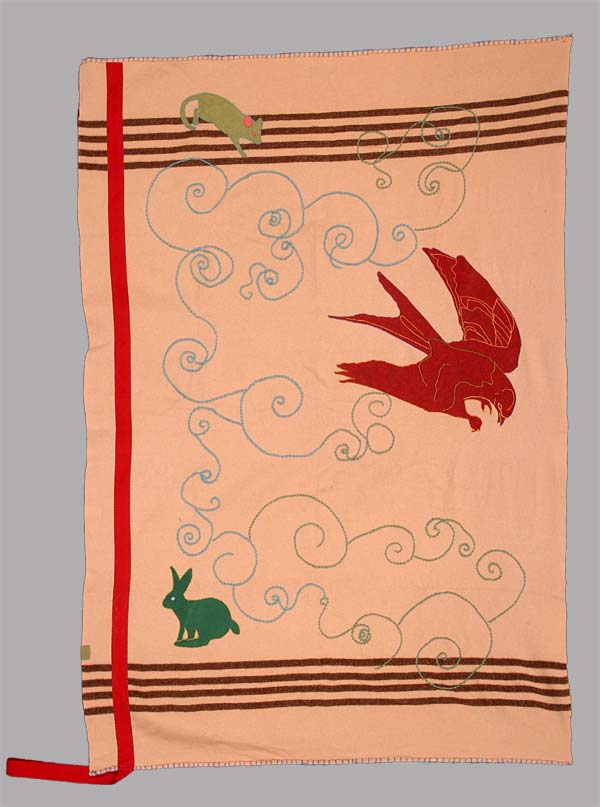 eternity is but a small moment

i buy crackers for them
save seed the bees left
whom i leave out in a shallow pan
and those fat white worms that came from i have no idea where, they dig
rain or shine, hard or soft, they take it all.

washing dishes at my kitchen sink
they see me through the window, and stare hard
i know what they think;
‘Hey! where’s my grub?’
a too-soft apple, yesterday’s pie, will do
today

mom, dad, and now big baby wend to their nest foolishly,
via the street!
for all their notable intellect, who thought this, a good idea?
baby body too round,
stubby wings can’t yet coalesce to his chit chatter destiny
of the black, squawking,
cloud-making, murder.
wind, box stores, bombs, tar sands.
salient sorrow
floating petroleum byproduct island
made up of toothbrushes, rubber gloves, fish nets,
large as Texas, swirling junkyard
between Hawaii, Fiji, and we
three

oh God. crow. me.
big trucked neighbor, AM hockey radio screams, as if he, fleeing a fire
rubber tires coming upon and around, fast
mother crow tried to scoop up baby, but he is as big as she
father tried to scream and dive-bomb
alas, no use.

George the First, orange cat, darted in the street, seeing the
asphalt terror threat abrade
George’s Flash awoke the driver, who swerved the truck, barely missing
Crow family
George, normally an enemy ship,
George, the cause of squawks,
George, the Czar with his Window on the West from the living room couch
this time,
a harbor in the storm.

we, crows, humans, frozen in our shoes and leather feet, witness.
Death attempted an entrance, with his sickle, robe, and grin
death pointed his menacing bone finger
George licked it,
tickle-faced, smug and sure.

Crow mother, crow father, crow baby
all live in my yard.
seed, crackers, fruit,
bird bath and yellow flickers.
this year there’s another crow baby, but George was eaten by a coyote.
George the Second, orange cat, chasing the crows,
me chasing George.
a plastic island the size of Texas, swirls in the mighty pacific. 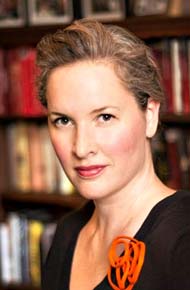 I read Oscar Salon because of the interdisciplinary, the inter. Between poem and memoir. Between travel. Between becoming. Between learning and teaching. Between text and video. Inbetween genders, in the scored space. Because Betsy names inbetween spaces instead of categorizing. Because Betsy named me in the text and named me in this role. Because we are between countries together. Because texts, because readers, because the reader is the author in this digital space. In between does not mean less formed. It states perhaps, and how so which are questions to keep us open.

Profile:
Elee Kraljii Gardiner is the author of the book of poems serpentine loop (Anvil Press), one of 2016’s “most anticipated spring releases” in Canada. She is the co-editor with John Asfour of V6A: Writing from Vancouver’s Downtown Eastside (Arsenal Pulp Press, 2012), which was shortlisted for the 2012 City of Vancouver Book Award. Elee founded Thursdays Writing Collective, a non-profit organization of more than 150 writers in Vancouver and she is the editor and published of its eight anthologies. She is originally from Boston and is a dual US/Canadian citizen.