From Oscar of Between, Part 27 Excerpt 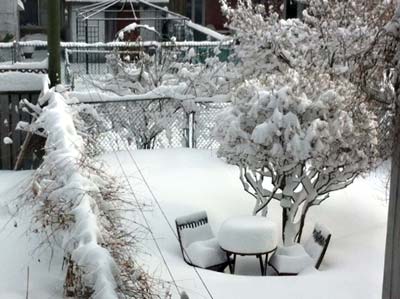 It happens on a sunny Montreal day as the magic realism of the storm’s creations begins to melt. On this 20th of March, 2013, day: the spring equinox. This day when the length between sunrise and sunset/sunset and sunrise is exactly the same. It happens on this one day of perfect betweenness. Oscar receives the call.

She got the writing grant.

A few nights ago when Oscar began reading Orlando, Woolf had her laughing out loud by page three:

“He was describing, as all poets are for ever describing, nature, and in order to match the shade of green precisely he looked (and here he showed more audacity than most) at the thing itself, which happened to be a laurel bush growing beneath the window. After that, of course, he could write no more. Green in nature was one thing, green in literature another. Nature and letters seem to have a natural antipathy: bring them together and they tear each other to pieces.”

When Oscar was more than twice Orlando’s years, she too was seized by green. Wrote the suite of green poems (“the greed, the gulp of green” and “who could ever speak green?”) in only this blue.

Oscar intrigued to find that Cage thought of himself more as a listener than a composer (Oscar thinks of herself in this way too). In 4’33”, Cage’s most ground-breaking composition, musicians and audience sit “silently” at the ready for the concert to begin, then discover the ambient soundscape they are in is the music. Listen, for four minutes and thirty-three seconds.

Cage a practitioner of Zen.

As she writes, Oscar waits. A lot. And listens. Often listens far more than inscribes. She never knows where the sounds, rhythms, thoughts, language, movement of the line, image or narrative will take her just as she never knows from moment to moment where life will take her. Surrenders again. And, again.

Cage was devoted to listening to the chance and ambient sounds infusing our daily life. Compositional form was given by the circumstance and specific spatiality that these sounds took place in, or by random patterns based on the solid and broken lines determined by throwing the coins of the I Ching. His atypical compositions necessitated that Cage invent new ways of creating musical score notation.

For him, improvisational music was an illusion, simply a reconfiguration of what the musician had already played or heard, what he already knew. 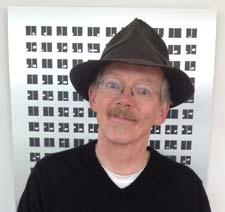 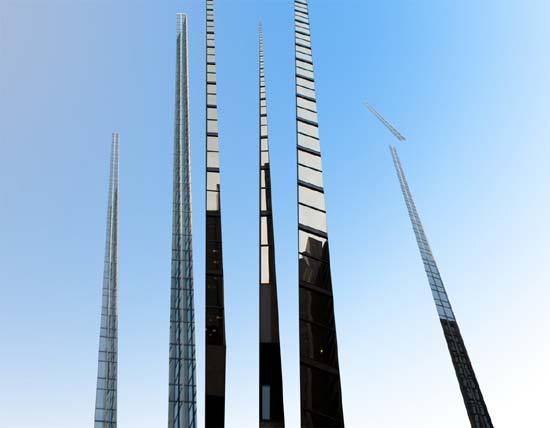 I am going to say next or not

you may think this is the form of where you are

one of the wide as if I expected silentia

as if perspective as if bucolic as if quorum

I have never told anyone how much I worry

they hate us to say B1 B2 appropriate wins big

the code is slipping sideways give it more gas

into a cohesive academic metrical approach 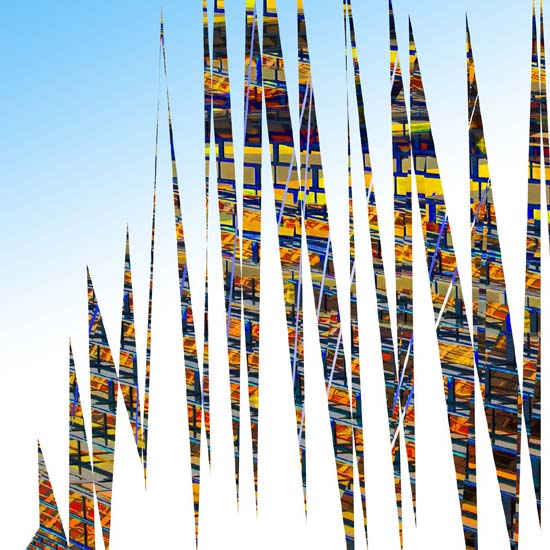 I am handed a flyer Don’t Feed the Coyotes

nut-bar his name was… he too belongs at the carcass

their deeds had no hands no point or gradation no design

disowning clarity all those stories are my snow-chains now

in a home or in therapy or in court 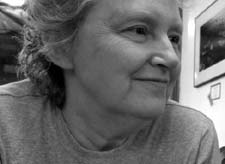 the way Betsy builds scenes, events, and details in Oscar of Between becomes, in itself, a kind of camouflage with the narrative lurking beneath, visible only when you work for it or look at it from a different angle. As a kid, I browsed rows of raspberry canes, filling my belly, and moved aside leaves to reveal even more luscious red jewels…or invisible mosquitos. Similarly, in the house, I could ask questions and get a string of words that was some kind of answer but not what I was looking for. I moved aside the surface words and watched and listened for fissures, what might be between and beneath. Things I saw and heard suggested I didn’t belong. I climbed a tree, one of many that surrounded our house, in an effort to see. Perhaps there were answers beyond the ferry and the city. Out there. I travelled to England and thought I might have found where I belonged. I travelled to Greece and was sure I belonged there. In India I felt so uncomfortable that I saw that belonging was more about feeling at home in one’s self rather than a place and that not-belonging works against settling in. The old habits may have me still on tip-toe, ready to flee, but I tell myself that everything I need is nearby as it was always. I need only move aside the leaves to see between.

Yaana Dancer grew up on a farm tucked up in Lynn Valley between North Vancouver mountains. On various sorts of minimum income, she raised a daughter, travelled, and studied literature. Later, she completed undergrad and graduate degrees in interdisciplinary art, and taught at SFU. Now she’s engrossed with putting words together to hint at what’s beneath and between.