From Oscar of Between, Part 19A

December and New Year holidays having just exhausted themselves. Oscar and her son are taking a stroll in their neighbourhood. It’s a monochromatic afternoon – Commercial Drive oddly quiet – idling between holiday and back to work. A rash of handmade 81/2 x 11″ posters affixed on windows, walls, poles draws Oscar’s attention.

One after another, Oscar is unable to ignore each set of eyes looking at the intimate who took the photo before …

brown eyes (has been known
to wear coloured contacts)
May, 2011

For blocks and blocks they are everywhere. All are duplicates except one that only appears once. Her thirteen-year old son remains thankfully oblivious.

The angst of the intimates who made these posters, affixed them everywhere deposits itself in Oscar.

Oscar’s chest tightens with the jolt of how suddenly a life is reduced to descriptions of personal effects, details of body, location of last seen. The descriptive texts are so formulaic they quickly become a litany.

The relief of closing a door.

Oscar makes his favourite lunch of butter pasta but feels her shoulders cinch as another door opens — memories of how he almost disappeared during the first month of his life in intensive care. After dishes, Oscar makes up an excuse that she forgot to buy rapini. Tells him she’ll be back in twenty minutes. Writes down her mobile number by the phone. Reminds him not to answer the door.

Takes her smart phone. And notepad.

navy t-shirt
no tattoos or piercing

black polo shoes with
white trim
was not wearing his
eyeglasses

navy t-shirt
hasn’t been seen
or heard of
since 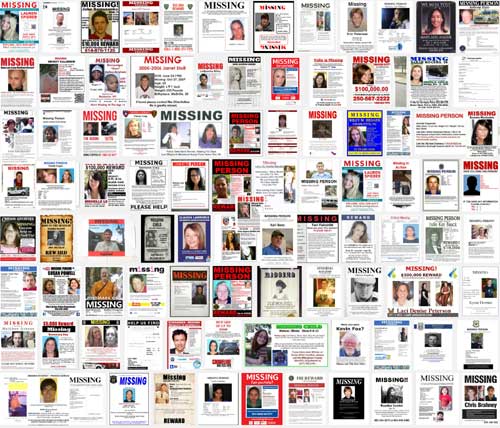 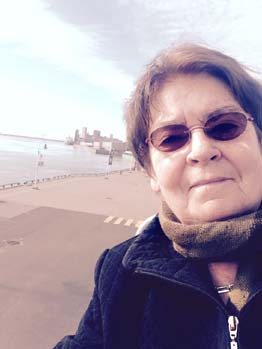 A TILT IN THE WONDERING

VISUAL LEXICON 2saw only 5 seconds of the kneeled woman about
to be throat cut by a male, saw a line of blood
from left to right on the neck
did not want to find out if it was true.
Suspect it was true. Could not watch. Would with one touch
of the finger on the screen not see IF IT WAS real if it was not REAL
had time to not see though time expanded in my eyes
and nerves neutralizing all at the same time fear anger
and what’s the w?ord? sadness gloom murk obscurity
what’s the word uckingmademenreligion
what’s the word if not repetition what’s the word
uck uck uckf uck what’s the word decapitated capitulating
capitals of blood what was that image again it was 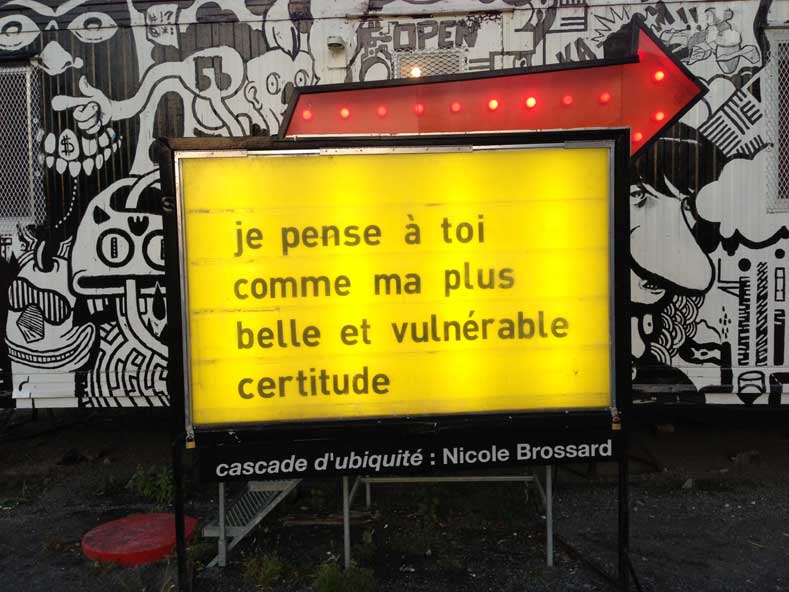 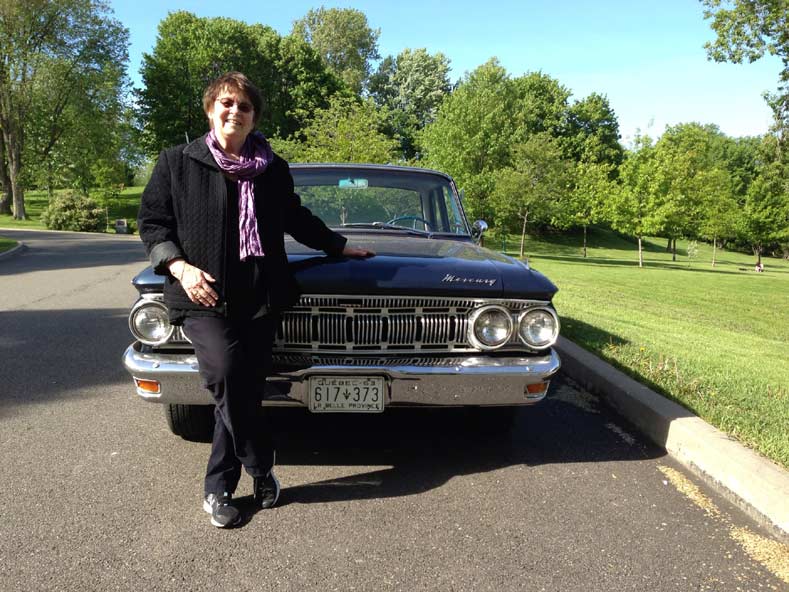 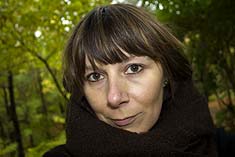 Earlier this year, I had the opportunity to participate in a workshop on writing the between with Betsy. When she writes, “For me it’s about an approach to writing as a quest…” I am reminded of the workshop experience and my own functioning quest for deepened connection to the page.

ProfileI’m developing my craft as poet – I have designed and published one chapbook, Building Ground. I write about sound art and books for publications like Musicworks, Herizons, the Montreal Review of Books, and others. I come to poetry with music, sound, art, and photography as my primary muses. Conversations about writing within the two writing groups I belong to in Montreal are an invaluable part of my apprenticeship. I spend my days as Membership Services and Communications Coordinator at the Quebec Writers’ Federation.