From Oscar of Between, Part 18D

Oscar got it wrong, Munch’s figure not standing on a bridge but a path.

Both spaces of between with a difference between them.

On her first trip to Norway, Oscar driving the precipitous roads with her parents to visit relatives.

“The gunman accused of killing 77 people in Norway’s worst peacetime attack denounced the court today on the first day of his trial and gave a far-Right clenched fist salute in front of survivors and relatives of the dead.”

One of four versions, the $120 million version of The Scream is recognized as the best. Only this version has Munch’s hand-painted poem written on the frame.

“As victims’ families sobbed in the public gallery, Anders Breivik…pleaded not guilty…claiming he was acting in ‘self-defense’ against Islam and the country’s ruling Labour Party.” 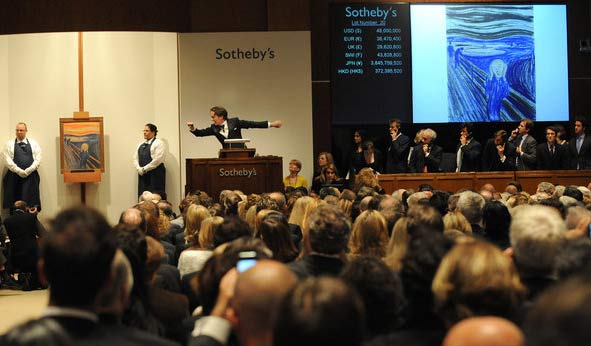 “I was walking along a path with two friends – the sun was setting – suddenly the sky turned blood red – I paused, feeling exhausted and leaned on the fence –”

“there was blood and tongues of fire above the blue-black fjord and the city.”

“Breivik broke into tears halfway through a viewing of his 12-minute movie…an abridged version of his 1,500 page manifesto…released shortly before…his killing spree.”

“My friends walked on, and I stood there trembling with anxiety – and sensed an infinite scream passing through nature.” 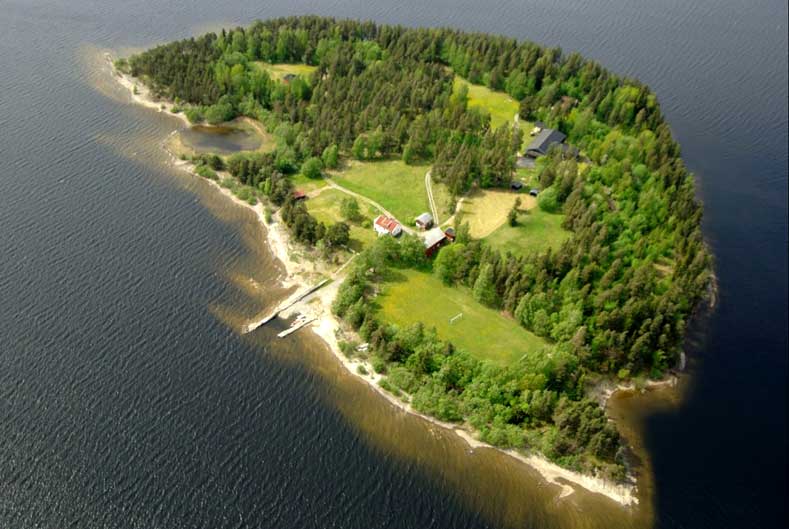 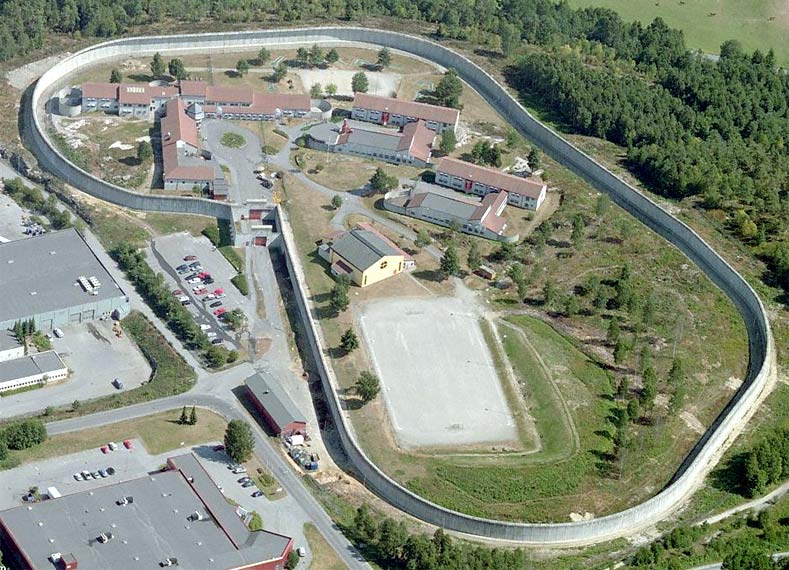 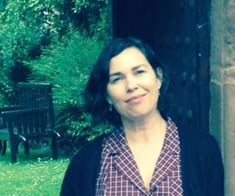 Redacted Thesis is unpublished and constitutes the first two pages of a paper given in full at the 2011 British Association of Victorian Studies Conference at the University of Birmingham (the conference theme was Composition and Decomposition). 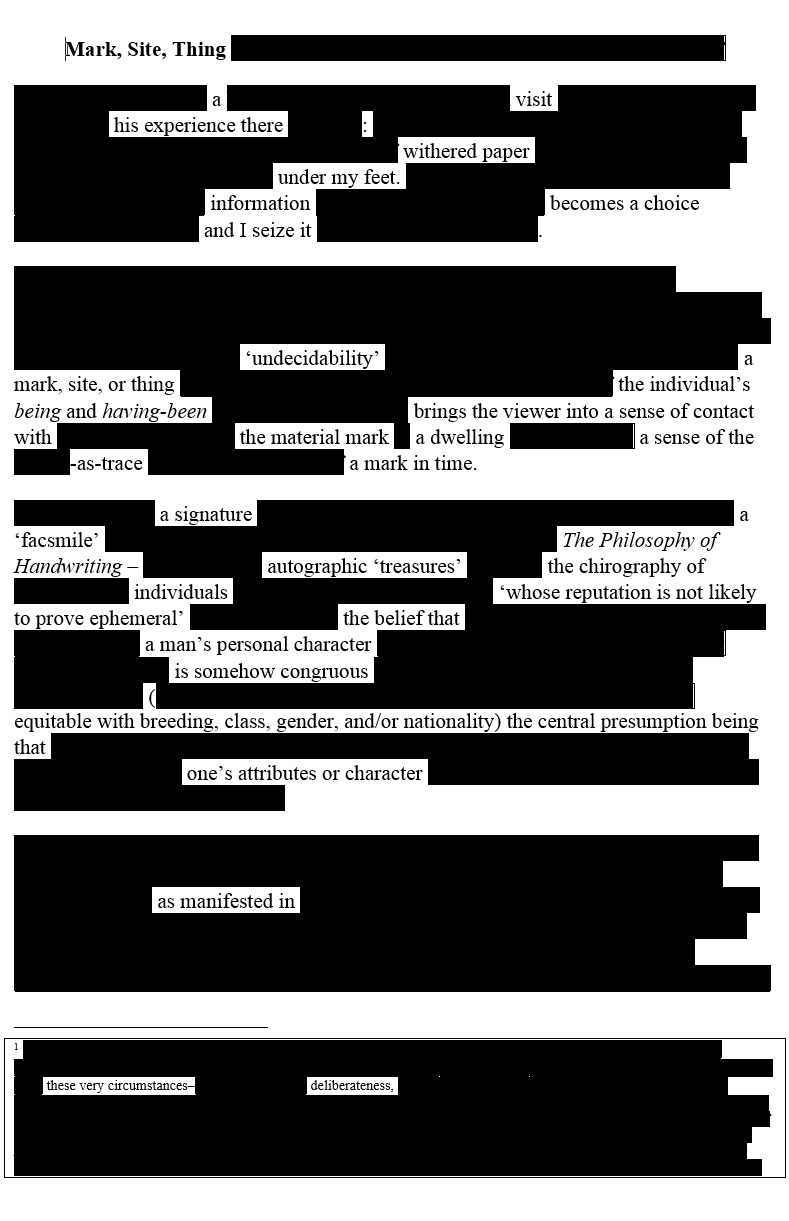 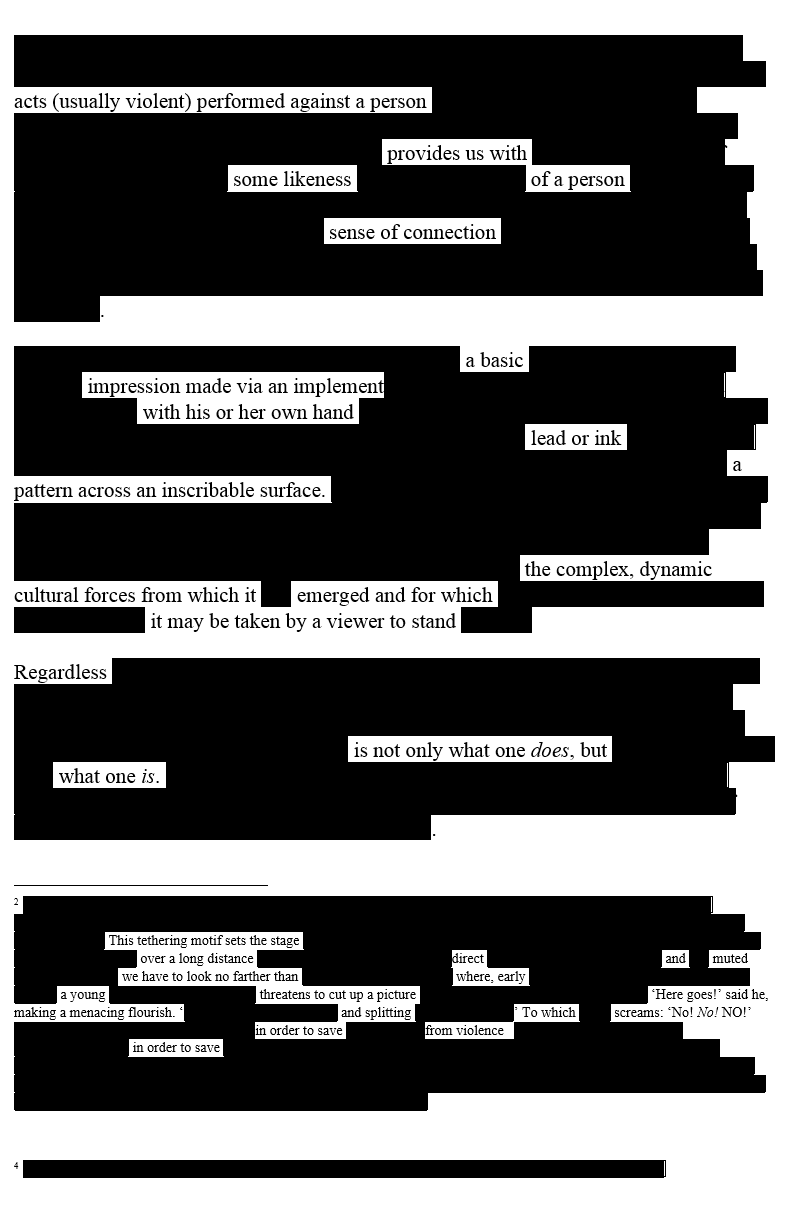 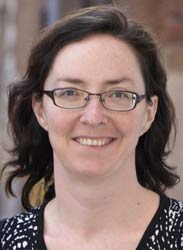 it evokes the internal / external betweenness that I know well. Because it is both deeply personal and concisely human.

Eve is a writer/poet living in Vancouver. She recently completed the Vancouver Manuscript Intensive with Betsy and is a member of the Plays vs. Pipelines Collective.