Oscar of Between, Part 14, Excerpt A

Oscar. Divesting. Again. In 2006 it was 700 books to the Saskatoon Public Library. One year later, it was giving, selling, and donating 60% of her belongings from her rental near Main on 22nd in order to fit into her little apartment. Two years later, it’s the emptying out her self-storage unit on Wall Street. Self-storage. 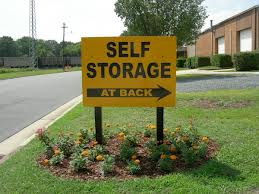 Commonplace term unheard of a few decades ago.

When Oscar’s self-is-no-longer-in-storage, she calls her goddaughter Sophie. Will she give her a hand?

They walk down the long hallways to the erratic clanking of Sophie pushing a dolly – soft groan of fans overhead. The numbering logic for the units is confusing and the only landmarks for identifying which hallways they’ve already been down are rodent traps parked here & there. Their voices are tentative as they try to locate Oscar’s unit amidst the endless ellipsis of doors padlocked against natural light, air, theft. Mausoleum-feel. Everything permeated with dust. (… to dust). Then: there. Oscar unlocks her unit’s door. At the sight of boxes piled head-high she fights the urge to relock it. Walk away.

~ the relativity of meaning ~

How little, or of no meaning her belongings are to anyone other than herself.

Decide. Decide. Oscar admonishes herself: get rid of these things.

Some of it is easy (empty boxes saved “for the next move”). Some not: making the decision to throw away 400 of her own books: Inversions,but mostly of Proper Deafinitions – Oscar possessing far more copies than she ever wanted due to her publisher’s extraordinary large print run and subsequent bankruptcy.

Slicing open the top of each box, Oscar winces at their gleaming expectant covers. She sets aside one box of each book to take back to her apartment and wheels the rest out to the dumpster. Throws them over its five-foot high sides: thud. Thud. Box after box. Oscar reviews her logic: tired of moving them (thud) no market for them (thud), no room in her apartment (thud, thud); can’t afford the storage (thud). She does not change her mind.

A peculiar feeling – destroying books you have authored. Peculiar.

At least it’s by her hand. Oscar thinks of Elizabeth Smart’s irate parents buying up all Canadian copies of By Grand Central Station I Sat Down and Wept in order to burn them. Thinks of the Nazi bonfires of Jewish-authored books. Thinks of Jane Rule’s wine barrels full of her first edition of Desert of the Heart and wonders what happened to them.

Tears. Press. Not so much for her destruction (tho this does appall her) but for the sheer generosity of books – how they give themselves to us to be written then entrust themselves to be held, read, in anyone’s hands. 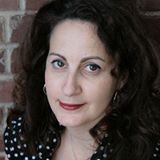 Excerpt from short story “Loss of Appetite,” published in the collection A Recipe for Disaster & Other Unlikely Tales of Love, Mother Tongue Publishing

Morning dawns warm and pink from the living room; inside the north-facing Vancouver apartment, it’s cold and grey.

He leaves for work. She made him a sandwich of shaved Black Forest ham and cheddar cheese with mayonnaise because he is allergic to dairy and has been trying, unsuccessfully, to lose weight. He will be forced to hate her at lunch, and she reasons that will curb his appetite.

“Today is the day,” she says to the sofa. “Today.” She grabs a suitcase and starts packing clothes. She pulls empty boxes from the closet and ignores labels from a previous move—the one that brought her to this mildewy dwelling—fills each container with random articles of clothing and knickknacks.

At the bookshelf she thinks, too many, they’ll be too heavy to move. She takes down some notebooks and puts them in a paper bag, wishes she could start a fire with them. The apartment is too cold, too grey.

She is tired of being tolerated, of having her taste in books and movies and magazines and everything ridiculed. She can’t remember when the transformation took place—when he went from wanting her to dismissively putting up with her presence—she had been unhappy for weeks before she recognised that the tone of his voice had changed from interested to inattentive. She lost 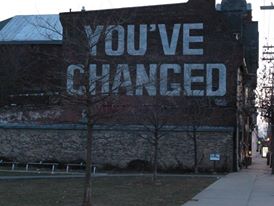 track of time: the weeks became months, and then, like an old black-and-white movie close-up on a clock with spinning hands, a few years passed. She is too young to feel so unwanted.

She stops for a cup of tea and sits at the table to rest. The apartment is quiet, a soft buzzing emanates from appliances in the kitchen. The fridge hums while the toaster remains silent. She’s only a distraction so he doesn’t have to be alone.

When he gets home, he notices the gaps on the bookshelf.

“Where are my journals?” He steps around the boxes and suitcases in the hallway as if they had always been there.

“I need them.” She tilts her head toward the bag in the corner
of the living room.

“They don’t belong to you.”

She tosses some scarves into a box and seals it. “Today’s the day, I’m moving to California. It never gets cold there, in Southern California.”

“We can’t go. I have my job. I have responsibilities.”

“There’s nothing to keep me here.”

She looks away, stares out the sliding glass door to the balcony. The late afternoon sun streams through the track blinds, patterning pseudo prison stripes on the wall. 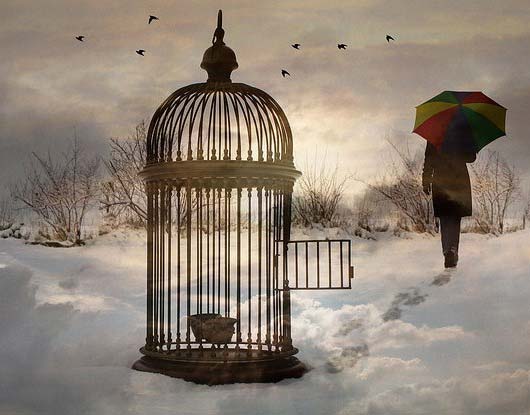