Excerpt from Oscar of Between, Part 10

Oscar sipping morning green tea. Crow catches corner of Oscar’s eye with a sidelong glance as it sidles atop neighbour’s fence in nonchalant nervousness; flies few feet to hydrangea (sidelong glance again). Oscar notices something in its beak which crow deftly inserts into snow; plucks hydrangea leaf from above; taps leaf down on its prize; final glance, then lifts off. Moments later another crow lands on fence above hydrangea. Struts. Assesses. Appears to pick up the scent of prized morsel. Swoops down to ground around hydrangea as first crow returns to fence feigning naivety. Disinterest. The other walking that rocking crow walk does not spot it. Turns. Calls back to the first as it flies away.

The other follows. For, there is later.

Camouflage has clinched its plan.

A few mornings prior, Oscar hears CBC’s Tom Allen’s account of recent study in which a young baboon was chased by its irate mother for some wrongdoing. As the mother baboon nears her young offender, it unexpectedly halts, points accusingly at another. Screams in alarm. All eyes divert as the young trickster handily escapes.

The greater our intelligence, the more we deceive.

Our perfection of lying possibly our paramount achievement.

Oscar’s 2006 unfinished essay, “Narrative and The Lie”:
“There is never ‘a’ lie but immediately a second lie – the one we tell ourselves that we’ve not told a lie.”

Excerpt from Oscar of Between, Part 11

2009. For over a year now in her new apartment – Oscar awakened by sounds of explosions overhead. Gunfire. Off & on. Day & night. Penetrated by. Sometimes she puts in earplugs (as she has just now). Sometimes, she puts on a CD to camouflage the violent sounds. And sometimes, she puts her fists to the ceiling. Pounds until the old logger turns down his television.

The more vicious the violence the more we want it. In our homes.

To help us wile away the hours.

These photos her first exposure to unbridled violence

look at camera in a way Oscar has never seen.

She can’t take her eyes off their eyes.

Eyes so far beyond expectation of ever being seen

These eyes haunt her.

September 2, 2013. Oscar searches for this photo on the digital archive of LIFE. Discovers vacant eyes behind barbed wire not in the LIFE archive. Extends her search. Finds it. “The Living Dead of Buchenwald” was taken on April 16, 1945, by Margaret Bourke-White.

April 15, 1945: Bergen-Belsen. George Rodger was the first photographer inside a concentration camp. His photographs, published in LIFE a few weeks later, are “highly influential in showing the reality of the death camps.”

He quit. Caught himself out, how he’d looked for “graphically pleasing compositions of the piles of bodies” amidst the trees, helter-skelter in deep burial trench, throughout the buildings.

2012. Oscar is riveted when she reads A Woman in Berlin by Anonymous – yes, “…was a woman” – its unflinching account of the rape of 100,000 women and girls by the Red Army. Not published until 1959. The reactions from Germans confirm Anonymous’s fears: it is almost totally ignored or reviled for its “shameless immorality.” In the 2002 reissued edition, the publisher writes “…German women were not supposed to talk about the reality of rape; and German men preferred not to be seen as impotent onlookers…”

Anonymous writes: “Our German calamity has a bitter taste – of repulsion, sickness, insanity, unlike anything in history. The radio just broadcast another concentration camp report. The most horrific thing is the order and thrift: millions of human beings as fertilizer, mattress stuffing, soft soap, felt mats – “

Before Hitler’s unbridled mass murder, he asked if any countries wanted to accept German Jews.

1982. Cornelia and Oscar biking on the Stanley Park Seawall in late summer twilight: sensation of flying. Glint of smelts in narrow nets reeled in by solitary fisherman: impression of catching splits of moon. Oscar and Cornelia glide side-by-side on the curvilinear, darkening path. Then Cornelia begins. To tell Oscar about the U.S. television series “Holocaust,” recently broadcast after strong opposition. Half the German population viewed it. On the heels of each episode, people poured into the streets. For the first time, talked. Openly. About. It. Wept. 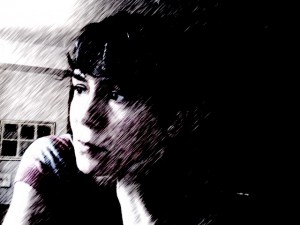 Excerpt from the current work-in-progress Limbinal

Border, you terrify me. Border, you must dictate your own dismantling or we will perish. Purge. Border, are you listening? Are you empire?

The geography keeps shifting into bloom and decay, thus daring to future. Periphery disrupts the dialogue. Floundering, wet lines linger. Fish bend the creek into its undulations, spring curves. Will these trajectories double back, mislead us? We leave unnoticed through a back gate to make a country elsewhere. We pass the perennials and smile softly. What is our spatialized intention?

Our margin is a pinprick. One of us balances. We enter the idea sideways, disjunctive, producing architectures, performing language, inscribing intervals. The city rumbles into a future because it lacks direction. Frequencies jam. Then our distortions wander. How do we chart this aliveness? Of marginal weathers, of limited instruction, passage inserts here.

Perhaps a meridian is what we look for. If you insist that I take sides, you will misplace me. Instead, I take a barrier to the woods and grow confusion, which might be a sign of health though a leader does not think so.

Border, walking along your edges, I realize that what from a distance appears as edge is simply a faded memory. The moment unravels around us, thought-struck. Border, as an idea, you are impossible to margin. Border, are you listening? Are you hungry? Still hoping for empire? 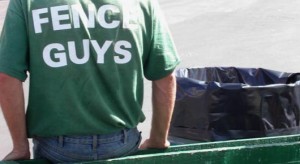 We vacate the bedroom. We are an outskirt in disguise. Serrate sounding. Sink. Tending to a voice is tending to a throat. In thinking of a tender her, contours ripple. On the eve of the departure, hands are already parched, mouth is already empty.

Border are you watching? Your scope tuned to an obscure gesture, your gaze indifferent. While a rippling refrain of shots, tasers, accelerated feet and sleepless hands rages. Border are you enraged? Are you bored? Are you longing for the fiction of enlightenment?

Daytime obstructs our watching, though we remain vigilant. Our watching, itself a dismantling of boundary. Stutter, cough into. Caught. It’s not about being on one side or the other, but about one side being the other. Border are you nervous? Nerves? Nodes? Are you a call to network?