From Oscar of Between, Part 29 Excerpt

A year ago: Oscar and Ingrid in Berlin. Upon arriving, Oscar struck by there being only red and green traffic lights — yellow (the between) nonexistent — Oscar speculating this signaled an underlying black or white mentality.

Just now, Oscar recalls an anecdote Shaena told her after Oscar returned from her trip. Shaena’s friend, a resident of Berlin for many years, had been playing Frisbee with his German girlfriend in one of the parks. After they had finished and had settled on a blanket to picnic, a few young immigrant men began playing Frisbee close by. To his surprise, his girlfriend told them: “Go away … you can’t play here. This is our park.” 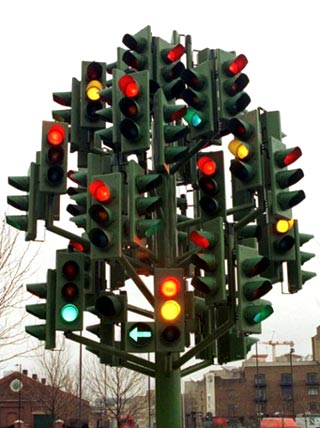 Oscar, wearing her burnished gold-chartreuse biking shell, is trying to find the bike path to the West End. Unnerved. The supposed bike lane is nowhere in sight.

Just as the yellow switches to red, Oscar cuts in front of an idling car that simultaneously begins to accelerate; then halts. She waves thanks and mouths “sorry.” As she retreats to the sidewalk, a male driver on the intersecting street yells:

His reaction surprises Oscar. She nods a yes-you-are-right but then retorts “It’s fine!” for it was now. Peddling on, her next reaction was the most unexpected one:

Over the course of her life, all the unacknowledged, unsaid undercurrents about her betweenness denied outright but mostly camouflaged. To have it spontaneously shouted at her and to shout back was refreshing. Yet, she also realizes she is safe, she is not a young Black man who could have been as easily shot.

A few minutes later, peddling through the traffic-calmed streets of the West End, Oscar realizes: “He thought I was a guy. That’s why he was so direct.” 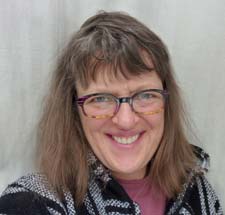 translated from the Galician by Erín Moure with annotations and shivers
from Follas Novas (1880, Havana, Cuba) for publication in 2016 by Small Stations, Sofia, Bulgaria

(to end every paragraph with a comma)

How to confront the challenges of the translation of Rosalía’s 250 leaves of poetry, and I can’t do it the way I did Galician Songs. These poems are somehow more personal, have less to prove, don’t bear the nation in the same way. Personalist and intimist they are and this intimacy must be marked in them somehow,

As well, this time I want to reflect the variety of spellings in the Galician, for the language was at that time not normativized, and yet it is still readable, is always readable, and for me, now, vast vagueries of the world, reading these works in 2014, I read these now “deviant” spellings as emotional markings, not blemishes but lines that mark expressions, not blemishes but flashes of the eyes regarding,

And to see if I can actually be consistent in it, invent a consistency as Rosalía is consistent, I love you still

A kind of waves or wave or movement in the trees or sea,

(is a way of interfering in history)*

with readings of Paul Celan’s Meridian … and Jacques Rancière, for Rosalía is, to borrow JR’s words for art itself: “a mutation in the fabric of the sensible” 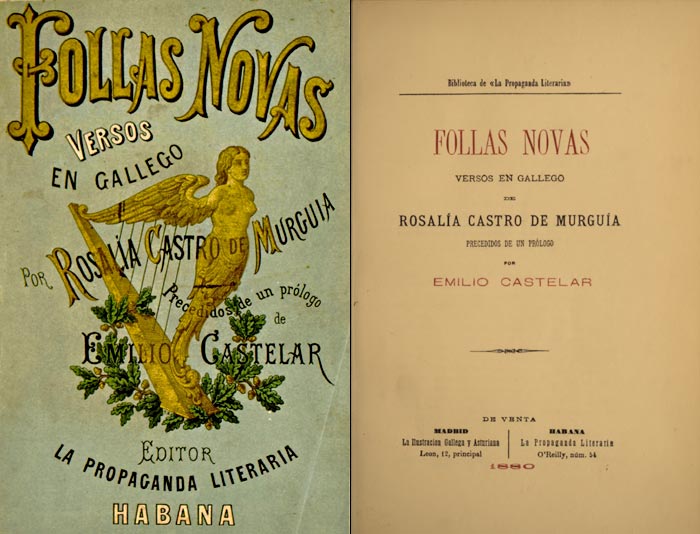 Of those who praise the doves and flowers,
they say they’ve women’s souls.
And me who doesn’t praise them, Lady of the Doves,
argh!! whose soul have I??

I know well there’s nothing
new beneath the stars;
others have thought already
things that I think now.

And so, because that’s how we are,
clock that ticks ticks tck
eternally the same.

Just like clouds
that the wind impels,
and now they darken, and now hearken
the mighty spaices of the skies,
so my ideas
daft that I have,
images of many forms,
strangely crafted, of indecipherable colours,
now shade
now shiine
in the bottomless well of my thinking.

the speciality and tectonics of the one which configures not simply as such or it partakes is also semantic, resides byond write, the poem writes, thry, the direciton bigves the meanisg

You’ll say of these lines, and it’s true,
they’ve a strange unusual harmony,
that in them ideas glow pale,
they’re wandering embers
which explode at times,
which extinguish quickley,
that they ressemble the cloud of soot
which whirls in the garden
and the monotone murmurmur of the pines
on the savage shore.

I’ll tell you that that’s just how
my songs disentangle from my soul
just as from deep oakwood there emerges
at the glint of day,
a whistling that no one can say
if it’s the babble of breezes,
if it’s the kisses of flowers,
these tangled, mysteryous harmonies
that in this sad world
seek the path to heaven , (lost)

New Leaves!! It makes me laugh —
this name you carry
as if a gnome gnarled dark
overhears folk call her white.

No New Leaves; the sticks
of gorse and thorns are all:
nettles, like my regrets;
feral, like my grief.

Without fragrance or freshness,
wild regréts and woundes …
If from the scrub lot* you spring up,
it’s no wonder!!

*behind thef actory for fabrick and glas

What’s all this around me??
What’s going on inside that I can’t identify?
I fear a thing
that exists and can’t be seen.
I fear a traitorous misfortune
bode, and from where on earth will it appear?

Some say: my land!
Say others: my darling!
And this: my memories!
And that: my friends!
All sigh, all,
for some lost treasure.
Only I say nothing,
only I never sigh,
for my earthly body
and my weary spirit
wherever I turn to go,
go with me. 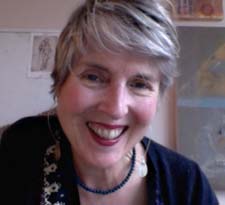 Reading Oscar, I have moments of visceral recognition as Betsy names urges, fears, shame and passions that have lived in me, as they live in Oscar. That electric moment when I suddenly recognize, alongside Oscar, the power and presence of camouflage throughout my life and being. I read Oscar to walk that bridge Betsy’s writing builds from piercing mind to tender heart.

Marial Shea is a Vancouver-based writer, editor, writing coach and — above all — a reader.