Excerpt from Oscar of Between, Part 1B

Narrow sidewalks of London. Everyone jockeying. Close shaves of near collisions. Each step: assessment/decision. This way? Or, that? Shoulder checking before stopping. Or turning. No A to B assumptions. No stay to this side. A world of difference in motion. Mostly wordless. Occasional “Sorry. Sorry.” Or, unnerving racial flare-ups.

Virginia’s “when the pen gets on the scent” (Oscar’s compass).

“Narrative and the Lie.” Oscar’s essay. Three-quarters finished. Intended to work on it while in London. Has not. Needs to turn away from pandemic prevalence of. Also, question of publishing. Who would?

Not protest, but to being read. At all.

Oscar wishes otherwise. Yet these are the narratives she’s given.

For writer has them too.

1914. Camo and Cubism. British military needing to get an edge on. Two of its officers/artists invent “disruptive pattern.” Cubism inspiration for.

“The final revelation is that lying, the telling of beautiful untrue things, is the proper aim of art.”

Where that Oscar’s quest took him. On the battlefield of narrative. Outsider writing about insiders’ lives. Evoking their posturing. With wit. Fondness. Entertaining them. While he lived his unacceptable life.

Point of view with flare?

Being not either nor neither.

Not a fitting in.

Nor misfit flaunting out.

Even the most aberrant of groups garrisons its norms
: its not between. 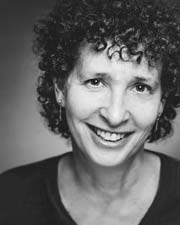 Excerpt from her novel The Imposter Bride (2012)
Published by HarperCollins

October 1944
Who am I? A mound of mud in an autumn field. A pile of leaves to the side of a forest path. I tuck my hands beneath me as you pass, press my face into the earth. I’m a blur of motion out the far corner of your eye, utter stillness by the time you fully turn your gaze. In your cities I’m a rat scurrying beneath the surface of your life. I hide in your sewers. I infect your dreams with pestilence. Vermin, you call me. Insect. Cur. Swine. Once I was a girl.

Who are you, he asked me. He had uncovered me as I slept, pushed aside the layers of mud and leaves and lies to reveal me.
He scraped the last of the leaves from between the blades of my shoulders, swept the crumbs of soil from my neck. I knew his touch, the brush of his fingers on my skin. I turned from the earth to face him and my entire field of vision filled with light, the dreadful day, the indifferent Polish sky. In the centre was a shadow, an absence in the shape of him, his broad shoulders, his curls in silhouette against the sky. He held something towards me. A potato? A piece of bread? I reached out to take it but my fingers closed on my own empty fist. I reached further and my entire hand disappeared, my arm.
A crack had appeared in the Polish day, a drawing back of the world along a ragged seam. I narrowed my eyes to make it out, this parting in the shape of him, this opening to someplace else. “Get up,” he said. “Quick.”