On Saturday, August 25, Betsy Warland and many writers gathered to protest the Kinder Morgan buyout and pipeline expansion in Burnaby, BC.

Writers met to share concerns about the threat to local waters; the federal government’s promise that toxic bitumen can be cleaned up when science says it can’t; the marketing of tar sands oil, adding hugely to climate change; the squandering of Canadian tax dollars on a plainly awful business deal; and the violation of the rights and titles of Indigenous peoples during this time of reconciliation.

Betsy shares her poetic contribution of “Treesun / Treason” below: 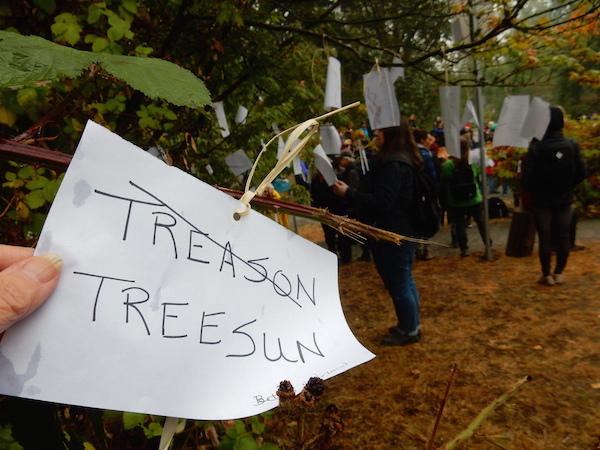