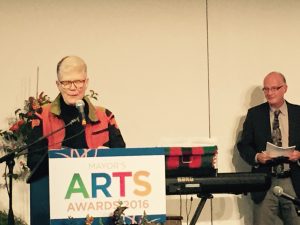 Thanks to all who came to the Roundhouse Community Centre on Monday, October 3rd, to celebrate with Betsy, who won the Mayor’s Arts Award for Literary Arts.

“Literary Vancouver would not be the same without her,” said MC Bill Richardson.

He acknowledged Betsy’s accomplishments as an author of twelve books and as a leader in Vancouver’s writing community. In 1983, Betsy initiated and co-ordinated Women and Words—les femmes et les mots, a literary conference that brought 1,000 women to Vancouver to discuss all aspects of literature. She co-founded the Creative Writer Nonfiction Collective in 2004 and designed the Writer’s Studio at Simon Fraser University, where she teaches and mentors new writers. She’s also the founder and director of Vancouver Manuscript Intensive, a program that matches writers from all over the world with mentors.

In accepting her award, Betsy thanked her readers and all the writers who have entrusted their work with her over the years. She said a few words about the writing process: “I feel we are given our stories. It’s a sacred act when these stories seek us out, and we have to work very very hard to meet them.”

Twenty-five artists were recognized in categories such as visual arts, culinary arts, performance and film. “Politicians talk about prosperity. Is this not prosperity tonight? This is true prosperity,” Betsy said. 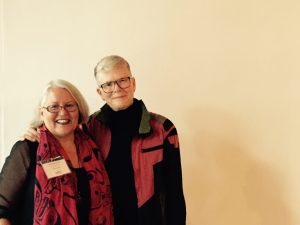 Jonína Kirton and Betsy Warland before the ceremony.

Each honoree was asked to select a promising emerging artist as co-honoree. Betsy chose Jonína Kirton, whom she mentored at The Writer’s Studio in 2007.

“Jonína has worked very hard on her first book, Page as Bone,” Betsy said.  “It’s a very important book, an investigation of her Métis Icelandic heritage–many stories that were given to her that were muffled or denied. And this takes–for any of us to write these stories–a great tenacity and faith.” 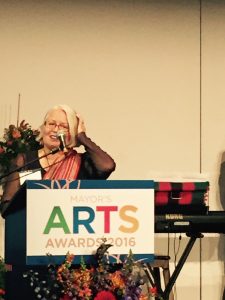 “Thank you of course to Betsy for her kind guidance over the years,” Jonína said. “She took a chance on me accepting me into The Writer’s Studio. I had never taken a writing course, and she could see there was some promise in there. I never imagined I’d be standing here. I now see this as a career.”

The jury for each category consisted of previous Mayor’s Arts Awards honorees. They consulted the community at large for nominations.

During the ceremony, Vancouver mayor Gregor Robertson acknowledged that artists contribute immeasurably to a city’s vibrancy. He said that the City would support their endeavors by creating affordable spaces–not only studios and theaters, but also housing, because artists “need to live and sleep.”

Performances included a song by Sewepagaham, a Cree-Dene musician. Vancouver Poet Laureate Rachel Rose read a poem and spoke about her current project, a collaborative book of poetry inspired by food. Proceeds will buy Farmer’s Market coupons for refugees. 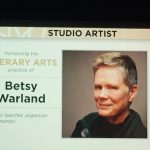 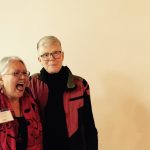 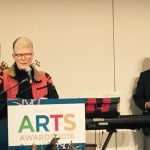 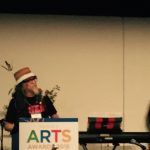