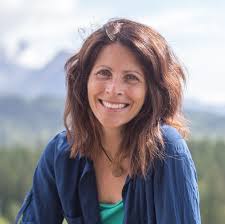 The 400-page memoir has received praise from acclaimed novelist, Ayelet Tsabari, whose short story was longlisted for the CBC Short Story Prize, which was announced on April 3, 2018.

Ayelet says: “Jan Redford is my new favourite feminist anti-heroine: a potty-mouthed, tobacco-chewing, take-no-shit mountain climber who is at once strong-minded and insecure, fierce and vulnerable, loveable and flawed. Redford’s voice pulsates with immediacy and vitality, and she writes her story with a bull’s eye precision and unflinching honesty. Inspiring, funny, heartbreaking, and bold, End of the Rope is a book about survival and courage, about letting go of old dreams and finding new ones. I couldn’t put it down.”

Redford launches her memoir at the Vancouver Film School café on Saturday, April 7, at 7 p.m.