Excerpt from Oscar of Between, Part 18A

Oscar up. Small flashlight in hand — circle of light searching the floor — then Oscar finds it. No note wrapped around brick but another message. Glass splinters from framed poster for Writers in Dialogue. A feminist literary event between Adrienne Rich and Nicole Brossard that Oscar moderated. Toronto. 1981. Five-hundred people. Adrienne’s recent death passing quietly through the remnants of the feminist community. That brilliant, nearly forgotten, long-broken era swept up in night.

Then. There. Centre of sidewalk — gapping yellow beak — no other remains just mandibles’ arrested shock. Glimpse of unnerving. Oscar dismisses (can’t be) doesn’t break stride. Then stops dead in her tracks. Pivots quickly.

The scream alights in Oscar’s mind. 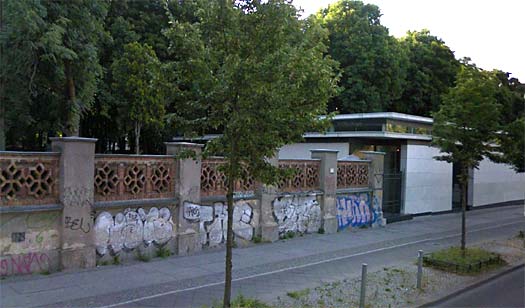 Berlin. 2012. Oscar and Ingrid enter the walled cemetery. A short grey-haired woman appears in the lapidary doorway. Calls them over. Ingrid speaks Dutch, a little German. The caretaker speaks German. Oscar speaks neither — watches in confusion, their confusion.

Usually prepared for it, this time Oscar is not.

Then Ingrid gets it: “She thinks you’re a man. You can’t enter unless you wear a kippah.”

Oscar notices the basket of skullcaps. “A yarmulke?”

Oscar’s mind races — less trouble not to correct people (every customs officer has addressed her as “sir” despite “Sex/Sexe: F” on her passport) — but here, she does not want to risk offence.

What if the caretaker later realizes and feels she’s been duped?

Body language: the urgent translation of.

Oscar enters the fray, says to Ingrid, “Tell her I’m a woman in German.” Then points to her chest and says several times, -“I am a woman. I’m a woman.”

She waves them on. 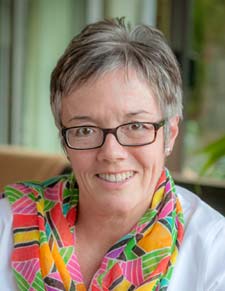 Excerpt from Writing with Grace: A Journey Beyond Down Syndrome
By Judy McFarlane

The house isn’t far from mine. I park and walk along the driveway. Even though it’s late April, the ground is cold, a chill wind blowing up from English Bay. Near the front door, vivid clumps of blue. Grape hyacinths. So hopeful, so reckless.

Willing myself to ignore the voice, I walk to the front door and raise my hand, ready to knock. The voice insists that I pay attention. Now, it says, leave now!

As I stand, hand raised, the door opens. An Asian woman about my age smiles as she bows, a pair of pink terrycloth slippers neatly clasped in one hand. Over her shoulder peeks a slender girl who looks about twelve. Pretty, although her eyes are hidden by the glint from her wire frame glasses.

“Yes, yes. I am Jessica.” The Asian woman bows again, smiling as she turns to her daughter. “And this is Grace.”

I force myself to look at her, smile. Suddenly shy, Grace ducks her head, her long black hair swinging forward. She giggles, poking a finger in her mother’s side. “I’m going to get you,” she sings in a low voice, her face close to her mother’s ear.

“Grace. That is not polite.” A tinge of annoyance in Jessica’s voice.

I step into the front hall and slide off my shoes. The spongy pink slippers now sit on the floor and as I slip them on, I feel an unfamiliar softness, as if my feet are strangers here too. Grace motions me to follow her, leading me across gleaming wooden floors to the dining room. A plastic-covered table, covered with neat piles of papers, notebooks, and pens and pencils laid out in a precise order. Two chairs face a wide window. Grace sits down and pats the other chair, not looking at me. She’s nervous, I realize. Like I am.

Grace nods to the table.

“What do you want to write?”

I feel a sharp disappointment. Hasn’t this story had every possible variation wrung out of it? Stifling my reaction, I ask, “What will your Cinderella look like?”

Grace looks up, her face suddenly alive. “I’ll show you.” She jumps up and in a moment returns, holding up a blue-black velvet dress. “This. This is what I’ll wear.”

I’m stunned. Does she want to tell her own story? 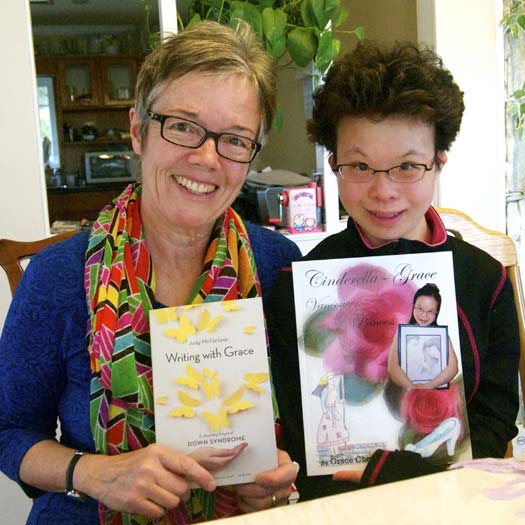 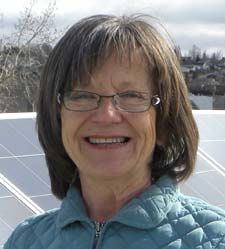 The conversation provokes my inner dialogue and causes eruptions of creativity.

Marilyn Belak lives and writes in the northeast of BC. Her poetry has been published in Malahat, Tar, and a variety of newspapers. She is included in anthologies: Enpipeline, Unfurled, and independent chapbook collections. Her chapbooks Out of Saskatchewan and A Poet’s Bird Diary are self–published by Windword Press. She is a past participant of Banff Wired Writing, Sage Hill Poetry and Betsy Warland’s Vancouver Manuscript Intensive. Marilyn is currently working on three manuscripts: poetry, a children’s book and a creative non-fiction collection that includes poetry.