Excerpt from Oscar of Between, Part 12B

Café Rico yesterday, Erin talking about visiting her mother’s village. One of her mom’s final requests: “spread my ashes there.”

Erin talking of the Second World War Ukrainian Nationalists’ strategy for figuring out who were the Ukrainian Poles. 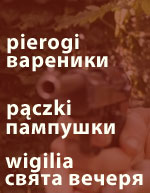 The person in question was asked the names of various foods. As simple as that: a word automatically emits from your mouth and your life is over. 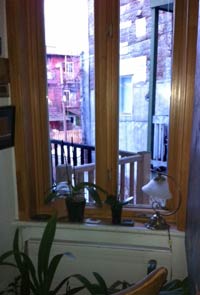 Grey cat jumps atop garden shed roof. Paws diagonally across — pauses midway to scan surrounds — then ballet points down to cross bar of chain-link, highwiring it out of sight.

Oscar after tea still at window; grey cat across shed roof to chain-link fence intersect each morning at this time without fail. Grey cat reminding Oscar: allegiance to even our most banal of habits, fierce.

Recognition of their related narrative preoccupations.

At a rare four-feminist lesbian/queer authors’ reading, Oscar is third. As is often the case, Oscar senses a gap in the kind of listening her writing requires, a shift she can never assume the audience will make. She thinks of the opera-loving Venetians who called the space between stage and audience “this gulf of sorrows.” What if this audience refuses? Her throat tightens as she walks up to the read, excerpt from Oscar of Between in her hand. Too late now, she has to surrender to it. A couple of minutes into her reading she feels that particular silence in the room of being at the mercy of the narrative. Then it’s over. Applause and an excruciating shyness. How to get from here to there: her seat in the back?

Deep breath. As Oscar nears her seat his arm shoots out.

He shakes her hand vigorously.

In Oscar’s daily life, when encountering someone, it goes like this: some address her as a male; some address her as a female; some begin with one and then switch (sometimes apologetically) to the other; some identify Oscar as lesbian and their faces harden, or, open into a momentary glance of arousal; some know they don”t know and openly scrutinize; some decide female but stare perplexedly at her now-sans-breast-chest; some are bemused by, drawn or relate to her androgyny; and for some none of this matters.

Oscar’s only desire — to be present to herself and them.

On days turbulent with unpredictable reactions, Oscar longs for simplicity of camouflage. Yet has no instinct for it. It would only put her at odds with who Oscar is.

Then she brightens. Oscar — person of between — notices another response from others of between. 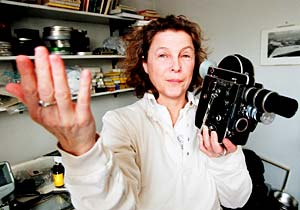 by Barbara Sternberg, in collaboration with Sandra Gregson

Vers, moving toward something, around a certain time. Versing to express in verse. Conversing to talk informally with another or others; exchange views, opinions by talking.

vers(ing) opens in a coffee shop. People, sit, enter and exit. A conversation is heard. The video continues, traveling through the streets of a city, to a park, to other coffee shops, other places. No particular destination is reached, but as we travel, fragments of text are read, conversations are heard, settings, people and objects are noticed.

vers(ing) presents a moving toward that is transitory and offers a poetic contemplation of how life, meaning and film are intertwined and constructed.

“I believe I’ve never mistaken fiction for reality, though I have mixed them together more than once, as everyone does.” Javier Marias, Dark Back of Time