From Oscar of Between, Part 22

Happened after Arleen returned home. Oscar had planned to stay on and write for two more days. She’d stayed at Deb’s cottage before: was at home there.

By mid-afternoon – a sentence inserted itself into her mind:

” A woman on Hornby is going to be killed.”

It was imminent. How imminent Oscar couldn’t tell. What to do? Drive around the island yelling out the window: “Watch out! A woman is going to be murdered”?

No one would take her seriously. Oscar could scarcely take herself seriously. It persisted: it was going to happen. There was nothing she could do to prevent it.

By late afternoon, she sensed it had some connection to Deb’s cottage. That night she slept little. Left the island on the first morning ferry.

A couple of months later, Oscar runs into Deb at a reading.

“Did you have a good time writing at the cottage?”

Deb seems fine so all must be well. “We had a great time! As you know, it’s the perfect place for a writing retreat.”

Hesitation hangs between them – Deb’s face of anticipation waits for Oscar’s next words.

Embarrassed but not wanting to appear ungrateful, Oscar admits she had been afraid that something bad was going to happen and left early.

Something bad had. TemPeSt Gale, a friend of hers, had recently been murdered. Her distraught parents were staying in Deb’s cottage.

The next day Oscar goes on line. “900 residents live a tranquil life on Hornby Island … it is the first time anyone has been killed on this island paradise.”

“Police questioned a person of interest visiting Hornby who had stalked Gale’s father and mother to the point where they had sought shelter at a friend’s house overnight.”

TemPeSt – a vibrant twenty-five year old “beloved musician and entertainer” – had declined to join her parents that night. This was Hornby after all.

Next morning she’s not in her boat. She’s in twenty feet of water.
Facedown.

A year later, Oscar sees Deb and asks what has happened: has a murderer been convicted?

“No, but …” [Oscar deletes something here as she revises this text]

“I knew it was going to happen when I was at your cottage but had absolutely no idea who was going to be killed.”

Deb’s taken aback.
“You knew when you were at the cottage?”

“No. You just told me about being uneasy and leaving because you thought it had something to do with our place.”

– the body as evidence – 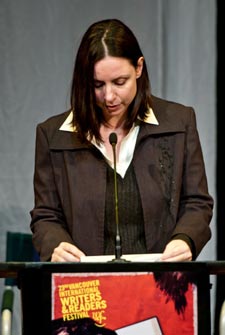 Once, you were six years old.

On your birthday, your aunt baked you a cake. You knew it would be a good one as soon you saw Betty Crocker’s face peering up at you from the box. Let’s say that your aunt has spent the morning sorting coins, wrapping each in a small square of saran wrap. In her hand, a knife. She inserts the blade vertically, from above. Anyone can see how delicate each movement is. How each stroke is done with care, a single vertical incision.

Your aunt knows to take great care with knives.

Into each slit, she slides a saran-wrapped coin. Afterwards, she hides the imperfections, covers over the scars in the cake’s surface with thick chocolate icing. But she has left this last step to you: the sprinkling of sugary beads. Your small hands carelessly spray these tiny silver bullets over the cake’s surface.

After the party, after the song, after the candles have all been extinguished, you will bite into a piece of cake and, perhaps, finding the lucky quarter, dislodge your front tooth. It’s been loose a while. Still, as you pull the quarter from your mouth and spit out the bloody tooth, you’ll smile. And in your small round face, that smile will be gap-toothed and perfect. It’s a smile you sometimes aim at strangers, though no one ever gets it quite like your aunt. She always loved that pidgin grin most of all. Always, somehow, when you smile, it is your aunt you see grinning back. Conspiratorially. But at the first suck of breath, your smile will collapse. A rush of cold air straffs the raw nerve. The pain is searing but small. So small, it has a kind of perfection. Though you can’t explain it now, one day it will make sense to you. The air has hit something it shouldn’t: a raw nerve that is as complete and exquisite in its expression as the clitoris. The remembered pain is pink and membranous, spiked with red.

Let’s say that, at six years old, you know where a knife belongs. In your aunt’s careful hands.

But the woman, the one you have become, is leaving you now. Because a seam has been incautiously opened.

When you try to picture what has been done to you, it comes to you, a picture of your skin laid out like the pattern for a child’s dress. Crinkly tan paper pulls away from the fabric, and you see that, underneath, there is something torn. A pain someplace pink and membranous, a pain spiked with red.

This is no half-made dress gone wrong, but a living dissection.

The man, the one with the knife, is someone’s father, is someone’s brother, is someone’s husband, is someone’s friend, though by no means is he yours. He leans over you as you bleed out in the bathtub. He hovers, his hand the knife. This man doesn’t see the crumbs of cake still adhering to the blade, doesn’t imagine the ways in which the past stays with us, so that inside of this woman, there is a six year old girl. Doesn’t guess at what dreams lie within the skin.

As time ticks down, it is your aunt that you dream of. She is somewhere, downstairs. You hear her now, drawing a dozen coins from her apron. Mostly they’ll be pennies. A few nickels and dimes. All of her shiny coins, forever inside you now. And when the skin heals over, when you are intact once more, when your surface is smoothed into place, you’ll only be a little bit inside out. It will be such a relief, you won’t even care if the sheared seams show.

It is cold, cold and wet, lying here in an empty metal frame. 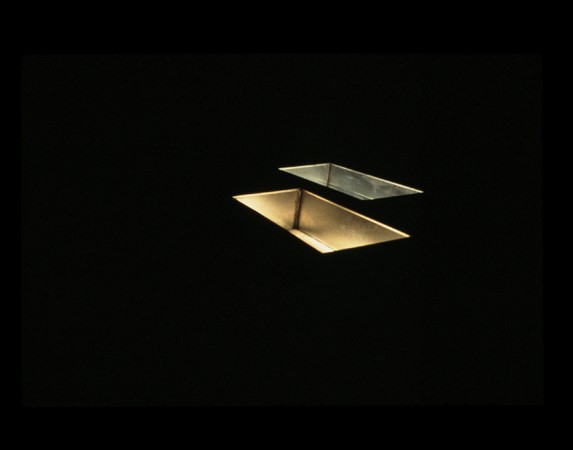 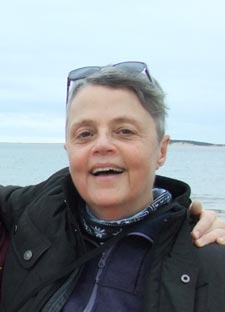 Reading Oscar is always a different experience; sometimes fragmented, occasionally too hard. Often it is breath catching with an image or a phrase or an insight that drops me beneath the busyness of my daily life. Oscar stops me and reconnects me to what I might otherwise forget.

Tanya Lewis lives in Toronto and is the author of Living Beside: Performing ‘Normal’ After Incest Memories Return. Tanya enjoys writing and is sometimes impatient with the her long slow scribbling process. Her current project is about grief, loss, memory and accompaniment of loved ones through cancer.